Whine Wednesdays: Airberlin’s Unwillingness Or Inability To Pay Up

Back in April, I wrote about (access here) a new customer service promise by Airberlin CEO that was promising to settle issues with their customers within 7 days of initial contact. 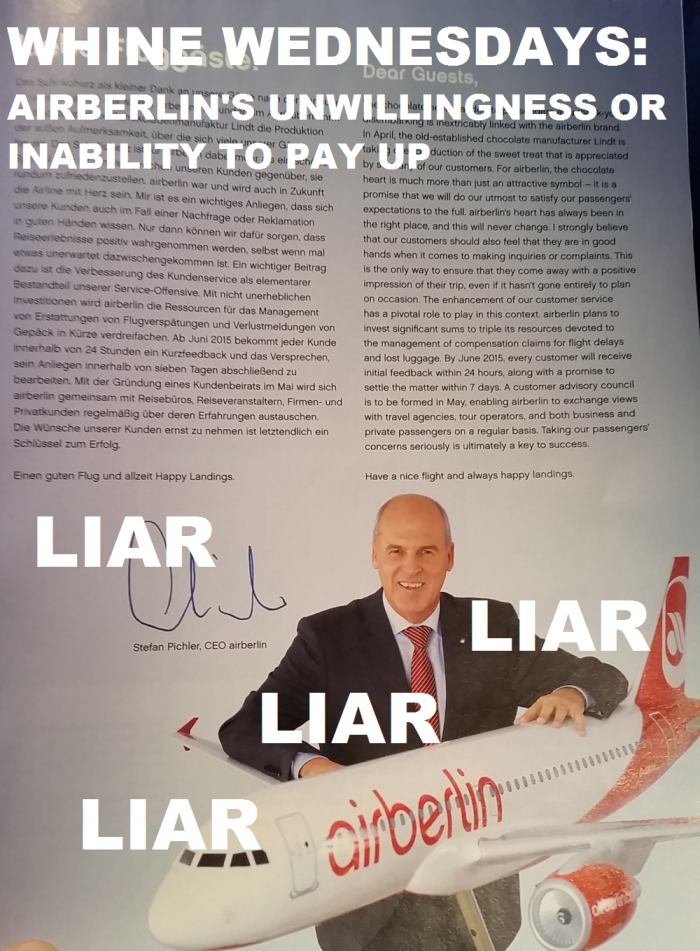 I can now say that this is a big lie and Airberlin and its CEO should be ashamed of his company for not paying valid claims from mishandled baggage and delayed flights per EC 261/2004.

A LoyaltyLobby reader contacted me this past week regarding a claim with Airberlin that had offered 250 euros after buying another ticket on the airline and submitting purchase info, although it would have qualified for straight cash compensation. 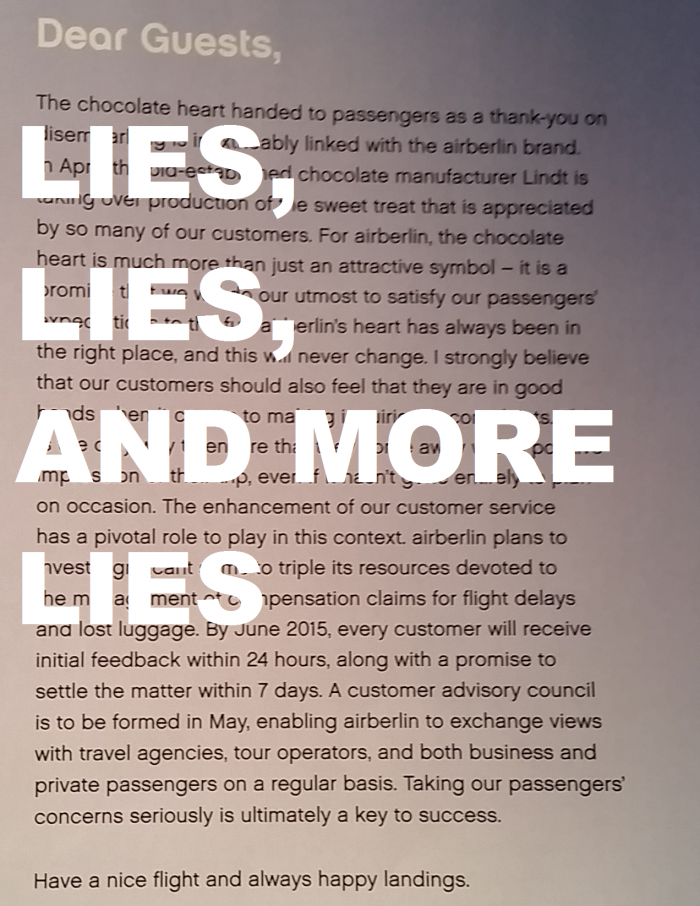 I have similar case with them when two of my checked bags were left in Abu Dhabi and/or Berlin and received them three days later at my destination. Had to buy clothes (only had with me what I was wearing) to get along. Airberlin “promised” to reimburse 500 euros after I purchase another ticket on them – effectively a transportation voucher.

The airline has not responded at all to another claim for equipment swap that resulted me arriving to destination a day later. This qualifies for 600 euro compensation per EC 261/2004.

I have a third case where Airberlin phone agents were not able properly change the return of one flexible business ticket that was issued on their metal. I spent hours resolving this with them over the phone without any result. No reply to this inquiry either.

The only way to get Airberlin to pay up is to hire a lawyer in Germany to handle the case for you. In my case we are dealing with a compensation between 2,000 to 3,000 euros for these three cases, so it is worth getting the issue resolved.

The airline knows that most will just give up and they do pay up after getting lawyer involved.

It is shameful that the airline CEO “promises” to have all the issues resolved within 7 days when this is not the case. 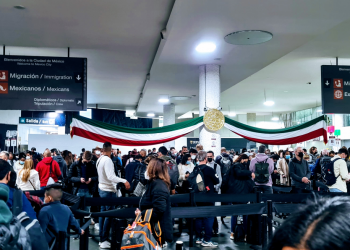 Oh boy, was I in for a surprise in early January when I had a ticket on AeroMexico from Brazil...