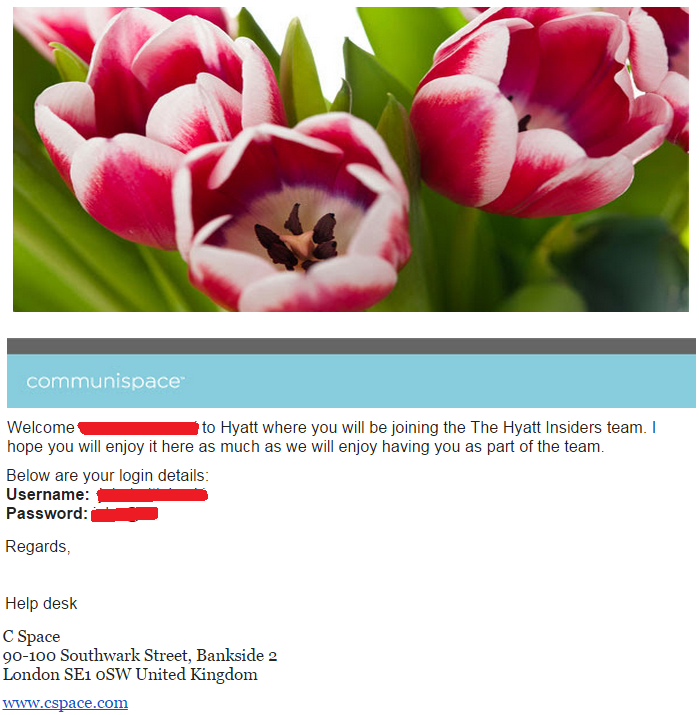 This initiative is handled by company called Communispace and the platform they use is like 1990’s badly developed nonfunctioning message board.

More Hyatt Gold Passport and Communispace incompetence. Hyatt would gather better “intelligence” from its members by reading through the messages they receive from Facebook, Twitter, emails and complaints. There is no need really for this Communispace rubbish.

I was member of this for year or two in the mid/late 2000’s and was unimpressed. Seems that Hyatt is still happily paying for Communispace running it. Also, they have changed the name of the company from Communispace to just C Space. Sounds like the CSPAN US television network.