You can access J.D. Power’s web page for this announcement here.

Here are the segment winners in 2015:

I would classify Park Hyatt as a Luxury hotel but not Grand Hyatt. Same goes for JW Marriott, InterContinental, Fairmont, and W Hotels as well (not experience at Loews). Where is St. Regis? 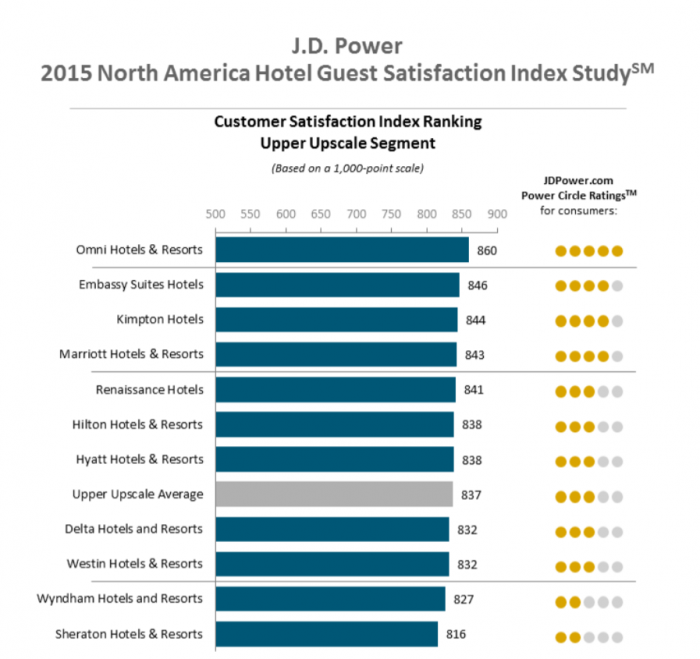 It is a surprise that Marriott has ranked so high considering the number of dreadful properties in the North America. Sheraton is ranking very badly compared to other brands.

Surprised that limited service Hyatt Place has ranked so high. Not a surprise that the Four Points is the dead last (horrible properties in North America). The Aloft is ranking very low as well.

Not really a surprise that Holiday Inn Express ranks higher than the Holiday Inn “mother” brand. Holiday Inn hotels in North America are so inconsistent while the new HIX hotels are totally acceptable. 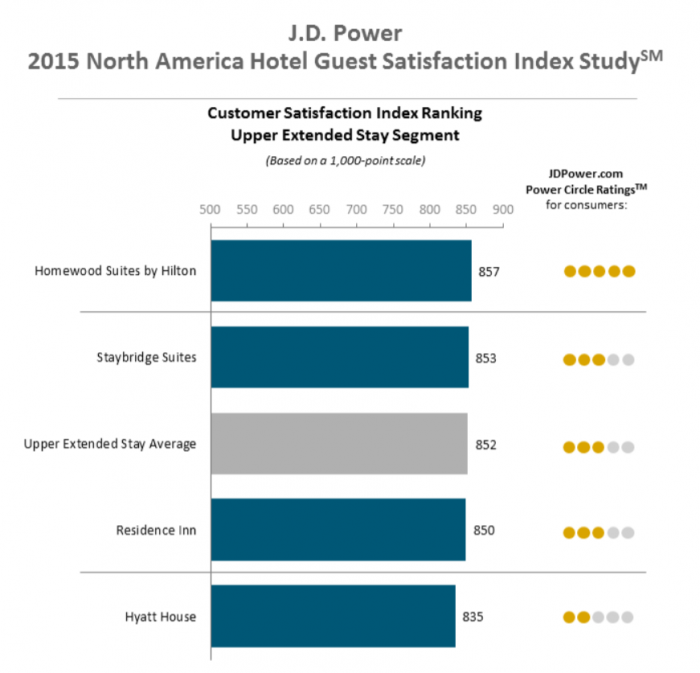 You can always argue whether some of the hotels are in the right segment on these studies. I believe that J.D. Power uses STR (Smith Travel Research) for its hotel classification.

Starwood did very badly in his survey. All of their brands are under performers in their respective segments. Over promise and under delivery perhaps?