The US Federal Aviation Administration (better known as FAA) has been investigating the Thai aviation sector and both Thai Airways and Bangkok Airways. 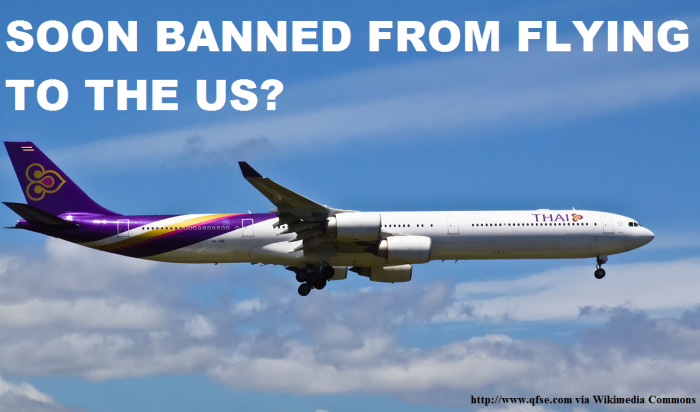 The investigators decided to visit the country after ICAO downgraded the Thai airline sector due to insufficient governance by the Thai aviation authorities.

You can access Bangkok Post’s article here of which you can excerpt below and Nation’s here (both Bangkok based English dailies):

Among the flaws identified in the FAA’s audit was a shortage of qualified DCA staff to carry out air safety inspections of airlines — a concern which had also been raised by the ICAO.

Some of the DCA’s inspection methods are not up-to-date, and it has not carried out enough follow-ups on the progress of its work due to staff shortages, the auditors said.

ACM Prajin said the FAA staff would return to ensure Thailand takes proper action in addressing the regulator’s concerns within the given timeframe.

After the deadline expires, the FAA will conclude its final audit within the next 30 days and then it will give official ratings on the country’s aviation safety standards.

If the DCA meets its standards, the FAA will give it a Category 1 rating, which means Thai-registered carriers can initiate or continue services to the US as normal.

But if the department fails to meet the requirements, it will be given a Category 2 rating.

This would mean that Thai carriers cannot launch new services to the US and will be restricted to flying existing services while Thailand enforces corrective actions.

You have to bear in mind that Thailand is currently governed by military junta that threw out the democratically elected government (yet again) in 2014.

Thailand currently doesn’t have adequate government oversight on its expanding aviation sector and thus the downgrades by ICAO and now FAA. Let’s hope that Thailand gets its act together before airlines based in the country start receiving bans on flying to the US and European Union.