Unbelievable pictures are surfacing from China today. Apparently a passenger on a domestic Shenzhen Airlines flight from Taizhou to Guangzhou set a fire on board and caused substantial damage. The flight was able to land safely. 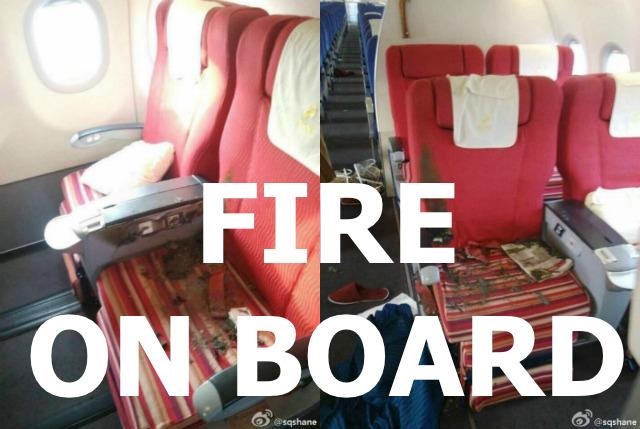 The perpetrator seems to have had a nice seat in First Class to plan his arson. News about this incident surfaced all over chinese media including Weibo where user ‘sqshane’ posted the referenced images.

The Shanghai based Website ‘Shanghaiist’ also reported on it (see here)

The perpetrator had somehow managed to bring gas and a cigarette lighter onto the plane, but fortunately he was quickly spotted and subdued by the crew and other passengers. …

The pilot issued an emergency call and the plane was then guided into the Guangzhou airport. A total of 95 passengers and nine crew members were evacuated. Two were reportedly injured slightly and have been sent to the hospital for treatment. 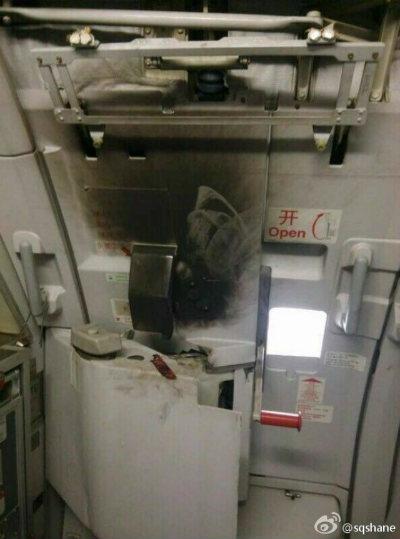 There are plenty of incidents recently  where mainland Chinese passengers are involved in very strange or in some instances aggressive acts on aircraft. Mostly it involved fighting with the crew or other passengers.

The police is obviously investigating the matter but so far it looks like yet another insane China Air Rage incident without any further criminal motivation.

With the increasing amount of air traffic in mainland China and the behavior pattern of the passengers these cases are becoming a problem for airlines and authorities alike. These people are not used to any etiquette and it is an obvious security risk as this case shows.