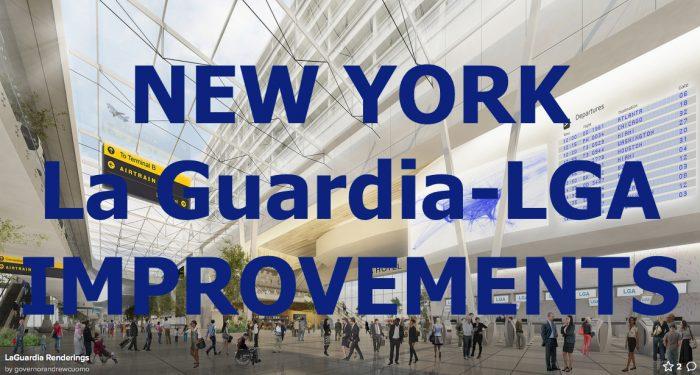 The drafts presented are stunning and finally pay tribute to a world metropolis city like New York City.

The airport will be transformed into a single, structurally unified main terminal with expanded transportation access, significantly increased taxiway space and best-in-class passenger amenities. Construction on the first half of the new unified terminal, expected to be a $4 billion project that creates 8,000 direct jobs and 10,000 indirect jobs …

Together, the relocated terminals and island-gate system will create nearly two miles of new taxiway space. This allows for a more efficient circulation of aircraft and reduced taxi-in and taxi-out times, which will yield shorter and fewer gate delays – a dramatic difference from today’s LaGuardia. In addition, this change will produce overall reduction in carbon emissions from idling aircraft.

This sounds HUGE and it long overdue considering the current state of LGA Airport, it really appears the you are stepping into a time machine as soon as you arrive there at the moment either as incoming or outgoing passenger. The facilities are well beyond it’s point of expiration and the airport is choking on the flow of air traffic it has to handle.

You can also access Governor Cuomo’s Flickr site (see here) for more stunning project images including the ones referenced here. 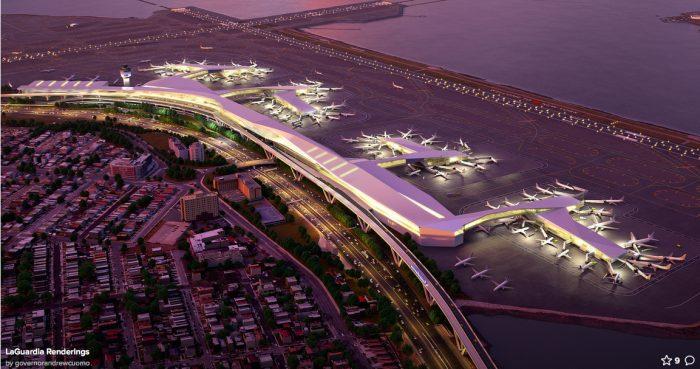 The New York are is currently being served by three airports John F Kennedy (JFK), Newark (EWR) and LaGuardia (LGA) the latter of which is handling domestic flights.

Residents and visitors of New York City will definitely be thankful for this. Tax dollars invested in infrastructure projects are mostly well spent as far as I am concerned, especially in a case so obvious as with the NYC air traffic system.

I’m looking forward to using this great facility even though, let’s be realistic, it will take at least 5-10 years until it will finally stand as planned. Estimated deadlines in major infrastructure projects are always quite optimistic and rarely kept.