The saga around the Malaysian Airlines MH370 disappearance enters a new stage with aircraft debris found off the shores of Réunion Island (East of Madagascar). 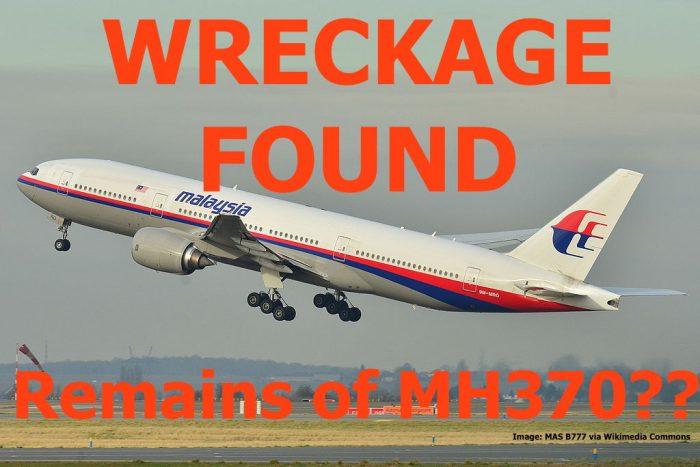 Boeing officials said that the part found, a so called ‘flaperon’  looks consistent with such attached to a B777 aircraft per initial imagery. Investigators are now on the way to inspect the wreckage found and to compare serial numbers in order to determine the origin of this part.

CNN has detailed reports about the current situation (access here).

As per the report, if this item is determined to indeed come from a 777 aircraft then it is about certain that it is MH370 as there were (in total) only five accidents involving a Boeing 777 and none of those would allow debris to be found in the area such as this. 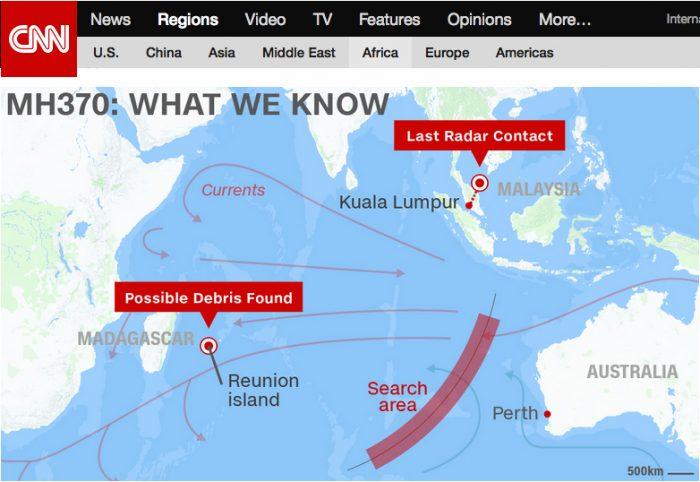 This illustration provided by CNN also shows that the area of Reunion Island was nowhere even near the search area while it was still ongoing and that the currents must have moved the wreckage in that direction.

A source said there is a unique element to the Boeing 777’s flaperon, a wing component, that Boeing observers believe they are seeing in photos. The debris was found Wednesday off the coast of St. Andre, a community on the island, according to Adjutant Christian Retournat. … It is being examined to determine whether it is connected to flight MH370, a member of the French air force in Reunion said Wednesday.

Boeing officials conducted an initial assessment of the debris using photographs. The source stressed the observations are preliminary.

Malaysia Airlines said it was working with authorities to determine where the part came from.

“At the moment, it would be too premature for the airline to speculate on the origin of the flaperon,” the carrier said.

CNN analysts said there are indications the airplane part could be from a Boeing 777, and if that’s the case, it’s likely from MH370.

John has written previously about the MH370 tragedy (see here).

While it is highly important that the complete wreckage will be found to ultimately determine what happened to this aircraft, this find doesn’t mean that it will happen anytime soon. The Air France AF447 wreckage was found almost two years after the crash and (as far as it was known to investigators) did not even stray off course.

There is a great article about Statistical Search by MIT Technology Review (access here) that might very well provide a similar solution to the search effort of MH370 one day.