Starwood Hotels For Sale – Negotiations with Intercontinental Fall Through

Starwood Hotels & Resorts continues to seek out a prospective buyer after initial talks with Intercontinental Hotels fell through due to regulatory issues. 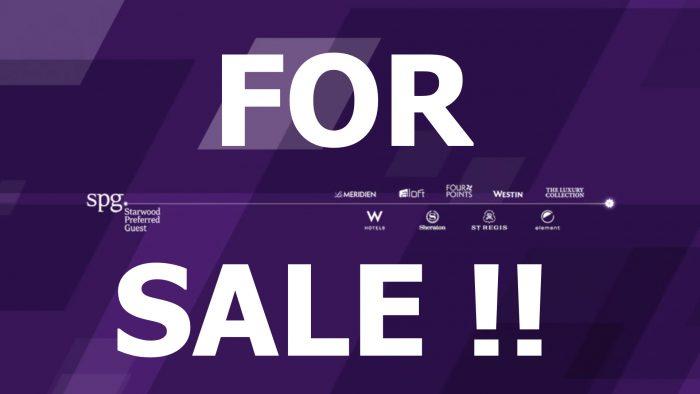 The Stamford, Connecticut based company is in a bit of turmoil since the beginning of 2015, culminating in the resignation of ex-CEO Frits von Paasschen.

Since then various investors have been interested in purchasing Starwood, including hedge fonds and competitors. The company is under pressure to perform for their shareholders amid slow market growth compared to the industry rivals, in particular in the mid-market segments where limited-service hotels have been leaping forward in the past years.

In April the Wall Street Journal (access here) reported about the ongoing process and background of the Starwood acquisition.

Starwood, which controls the St. Regis, Westin, Sheraton and W Hotels brands, on Wednesday said its board has decided to “explore a full range of strategic and financial alternatives to increase shareholder value,” retaining investment bank Lazard to assist with the process.

“No option is off the table,” Starwood chairman Bruce Duncan said Wednesday on a conference call with analysts.

Investors read the statement as Starwood being open to a takeover offer, although the strategic review could also result in a sale or spin-off of any of the two dozen hotels that Starwood will own after its previously announced spinoff of its vacation ownership business. The review could also result in an acquisition of another company or brand, say people close to Starwood. …

“Starwood’s inability to sell hotel owners on its select service brands forced it to put its hand up for help” via a merger or acquisition, said Chad Beynon, a lodging analyst at Macquarie Securities Group. “The most likely outcome is sale of company,” he said.

The following statistic examplifies the potential and performance of the Big Four hotel groups (IHG not included). 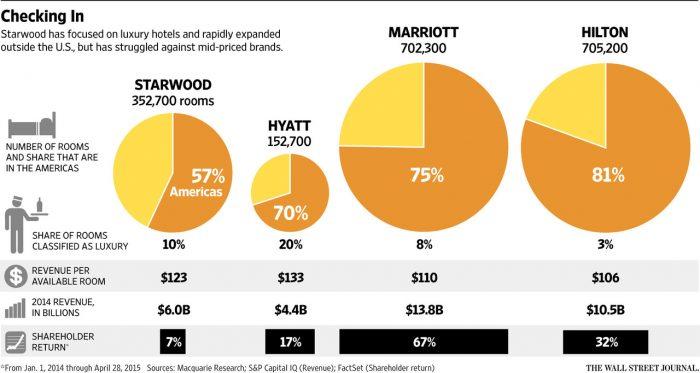 The most avid signals (as far as a purchase is concerned) came from Intercontinental Hotels. These talks however have been dropped since U.S. regulators voiced concern over the transaction.

Starwood, which has a market value of about £8bn, is now said to be running a formal auction. Insiders said it is a target for Accor, the £7bn French hotels giant, and America’s Wyndham Worldwide.

Senior City sources said IHG and Starwood — which runs the Sheraton and Westin brands — discussed a deal earlier this year but “talks never got off the ground” because of regulatory hurdles.

Intercontinental is meanwhile on the lookout for other potential targets which could include Fairmont Hotels (including their brands Raffles & Swissotel) as well as Switzerland based Mövenpick Hotels.

A brand like Starwood potentially being sold to Wyndham or Accor sends shivers down my spine even though I’d not expect large scale changes to the brands or the SPG Program. A few of my friends who are SPG Lifetime Platinum are a bit concerned over these news on the horizon but I really doubt that this would impact Starwood Preferred Guest in that area.

As the WSJ article already mentioned, the global hospitality market has not seen any large scale mergers for the past 20 years and it might be time to ruffle some feathers, so to speak.