Earlier this week, I needed to get from the port of Tarifa (coming from Tangier) to Sevilla and I was asking a Spanish friend to check the bus schedules. He then commented that I could try the BlaBlaCar service.

Individuals driving between cities can get some cash by listing the empty spaces on their cars on BlaBlaCar’s (terrible name for a company) website. 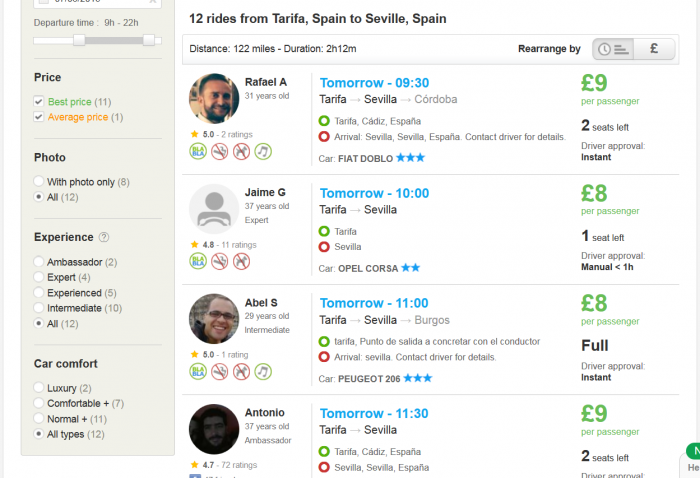 In a typical “sharing” economy fashion, there are feedback and scores left for the drivers and apparently they can leave feedback for the riders as well. The website displays the time, number of spaces available and reserved, make of the car etc. Typical information what you would expect to see.

You have to be careful which country you choose. The same ride on the UK website was 10% higher than on the Spanish one. You cannot choose Spanish website and have the language set to English. Stupid in my opinion. 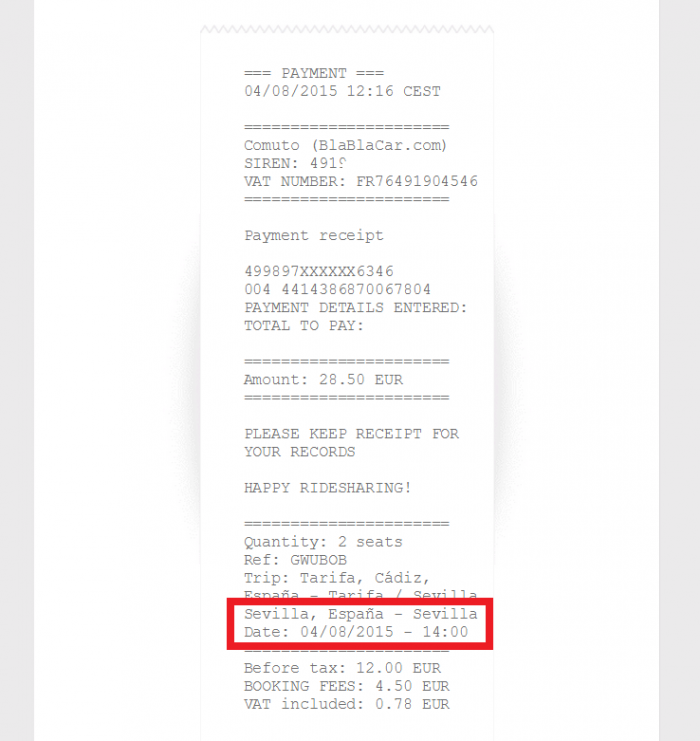 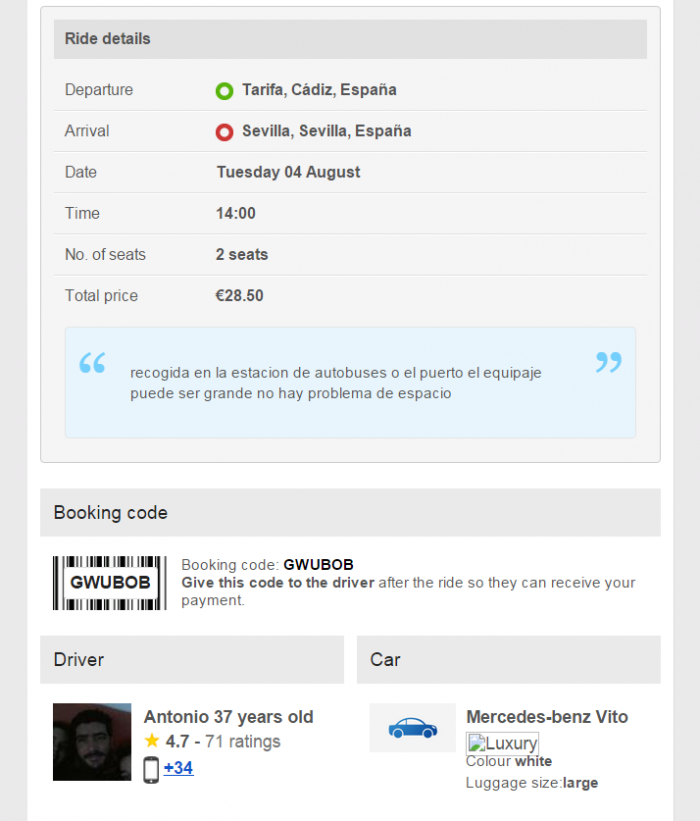 The next hurdle was that somehow the ride was suddenly listed to start at 2PM on the receipt and confirmation received. I was certain that I had chosen the 3PM departure that was reflected on the SMS received. Not sue why BlaBlaCar would give contradictory information? 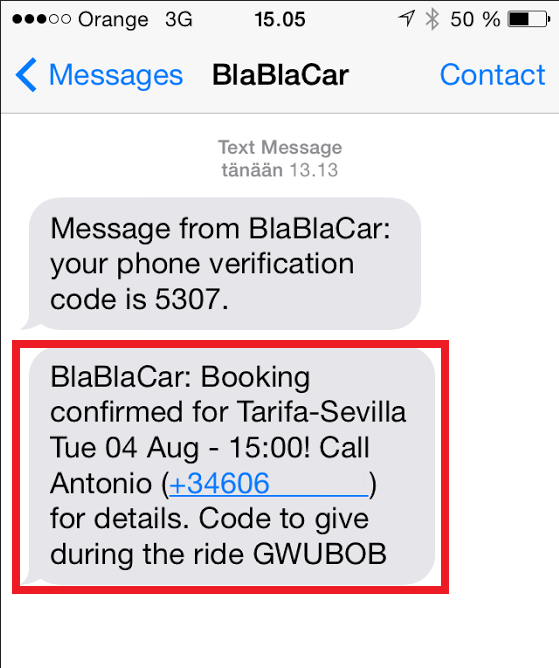 So, there was a ride available on a spacious car at 3PM that would be perfect timing as the boat from Tangier should have arrive roughly at 2PM and then you would need to go through the passport control. I purchased two spaces and sent a message to the driver that it would be perfect if he could pick us up after 2:30PM from the harbor (very close to the city center). 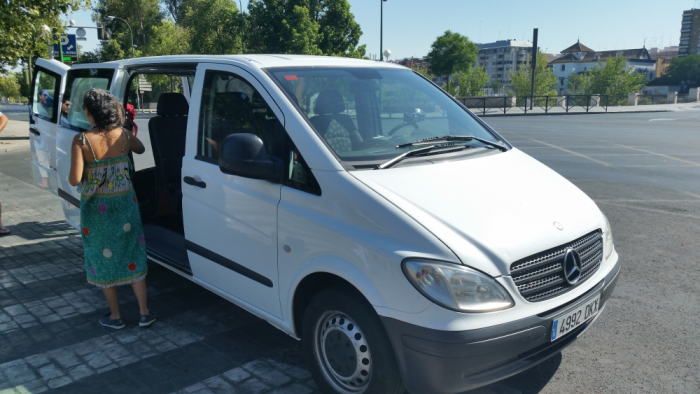 I called the driver at 2:30PM that we were at the harbor. Had bit difficulty communicating with him,but understood that he would be waiting for us just outside.

We picked up a couple from the bus station (Cuban-American & Portuguese) and were soon on our way to Sevilla. In Sevilla the driver dropped us close to the hotel where we were staying at.

Overall, the booking process was ok and the service received from the driver good. I just don’t get the 10% price difference for the same ride between UK and Spanish sites.

The BlaBlaCar (still cannot get my head around the name) takes probably a cut from the driver in addition to the booking fee charged.

The schedule of this driver was better than what the bus would have been between these two cities and was 25% cheaper when all the fees were added in.

Wouldn’t mind using the service in the future when traveling in Europe between cities where train is not an option.

Starwood Hotels For Sale – Negotiations with Intercontinental Fall Through