Accor just had huge blow to its operations in the Nordic countries (Sweden really) and Le Club Accorhotels members have fewer choices after 13 hotels left the chain effective August 7, 2015. 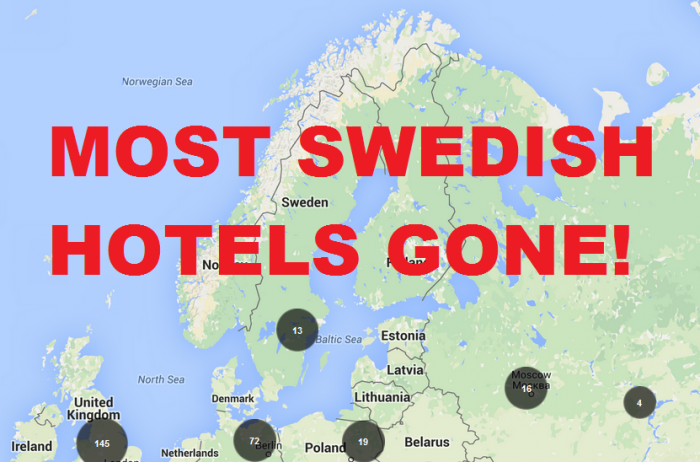 There are now only 4 hotels left in Sweden (the map above found on Accor.com hasn’t been updated). Accor currently has no presence in Finland, Denmark, Norway or Iceland.

Remember that you won’t earn points or receive elite level benefits at hotels that are no longer part of Accor/Le Club Accorhotels.

Here are the hotels that are now gone:

The owner of these now gone hotels must have felt that they were not getting return for the money spend on franchise and other fees associated with running these properties.

Seems that the Nordic market is difficult for the chain hotels that are not able to compete with local chains prevalent in these countries.