This month has been a milestone in the diplomatic relations between the United States and Cuba with both countries restoring full diplomatic channels with each other. But what does that mean for travelers? 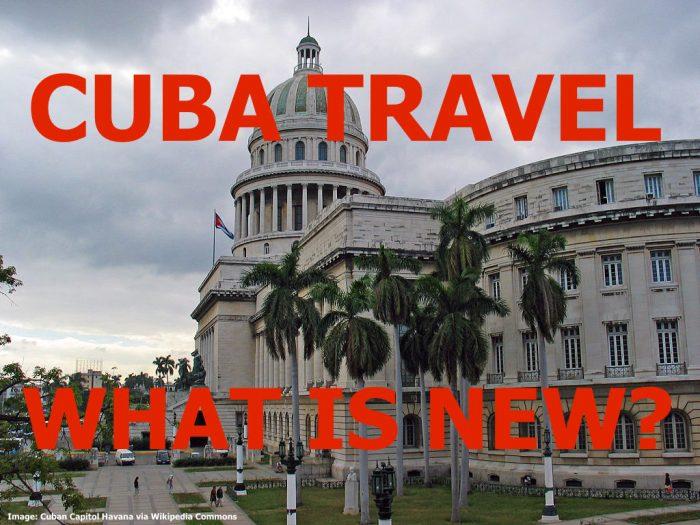 To say it upfront: There are no drastic changes such as full opening to general tourism. President Obama lifted some restrictions however allowing ‘purposeful’ visitors to go to Cuba such as research, education, athletes or scheduled artists.

I have a few American friends who went to Cuba before and who had to undergo a special process to get ‘licensed’ by the Treasury Department. If I remember correctly their local church organized this trip under the umbrella of a missionary excursion.

There is a good CNN article (access here) that has a comprehensive look at what exactly American travelers can expect in terms of process and requirements if they are interested in traveling to Cuba.

In January 2015, President Barack Obama expanded the categories of authorized travel to Cuba. U.S. citizens can legally travel to Cuba if they are engaging in activities such as professional research, participating in an athletic event, performing in a concert, working on a humanitarian project or taking part in educational activities.

Previously many of these activities required applying for a specific license and maneuvering a labyrinth of government bureaucracy. Now many U.S. citizens can essentially “self license” if they believe their travel to Cuba meets the legal requirements. …

Americans are still not allowed to visit Cuba for the purposes of tourism! Travelers should be able to show their visit helped the Cuban people or had an educational component to it.

If you are eligible to travel, how would that trip or in the least the flight be planned?

As of now there are multiple daily flights from Miami and more flights being added from destinations such as Tampa, New York and Orlando operated by major carriers including American and JetBlue. However, seats still must be booked through third-party charter companies as airlines won’t be able to sell tickets to Cuba directly until the United States and Cuba negotiate a new civil aviation agreement.
While the flight from Miami to Havana only takes 45 minutes, it’s recommended to check in four hours before departure time. Expect to spend a lot of time in various lines.

When I visited Cuba 3 years ago I flew Air Canada and check-in was normal. I’m not sure if these American Airlines flights ex MIA are using special counters and if AAdvantage/oneWorld status be of any help here as those flights are charter flights. I’d not expect being able to earn or use any mileage either.

Now the article gets a bit odd:

Cuba is really not ready to receive a huge influx of visitors, particularly from the United States. There are not enough good hotels, and infrastructure is in terrible shape. U.S. credit cards still aren’t accepted in Cuba and forget about overseas roaming on your U.S. cell phone. You will most likely be taking a vacation from the Internet, too. Apart from hotels and a few dozen Cuban government “hot spots,” there is very little connectivity in Cuba. Netflix may be available here now but in reality you won’t be catching up on your favorite shows.

Seriously CNN? I’m sorry but the whole world travels to Cuba for decades and has a wonderful holiday there. And specifically for Americans it’s not going to be good enough in terms of hotels? There are plenty of excellent hotels (even 5 Star resorts) in Cuba. Definitely way better than some of the junk in Miami beach for example.

I’ve had no trouble roaming with my Canadian or European provider either just in case. And Netflix? Is catching up with the Kardashians really a concern while going on a tropical holiday?? This is the weirdest thing I have seen coming from CNN in a long time. Anyway…

There are some additional matters handled in the article, ranging from the licensing requirements to how many (if any) cigars you can bring back. You might want to have a look!

I found Cuba to be a wonderful destination. Back then I stayed in a hotel and also visited 2 small guest houses, the stay was unique and fantastic. Once time allows I will definitely go back. Better quickly before the Netflix junkies arrive!