The Compensation Clinic is making a house visit at the St. Regis Abu Dhabi at Nation Towers (Corniche) today where a stay fell considerably short of standard and expectations.

St. Regis Abu Dhabi is a Starwood Cat 5 property at 12,000 points per night which (as per SPG’s own acclaims) is ‘An elite assembly of hotels and resorts in the most exclusive destinations’.

Here is the rundown of the incidents which leave a St. Regis guest rather baffled.

During my arrival by taxi at 17:00h there was no bellman visible or active at the door. Only after removing the baggage from the car myself and approaching the door was I offered luggage assistance – too late. Afterwards I proceeded to the check-in area, the hotel has a designated SPG Check-in Lounge which was not staffed. I returned to the general lounge to check in. Upon inquiring about my Platinum upgrade I was told there are no suites available today (well, haven’t we all heard that before?). Consulting the SPG app it of course showed the hotel was selling ALL types of suites for that day and it was already 5:20pm. Pushing a bit further I was offered a St Regis Suite which miraculously became available (yeah right!) but it would take 2 hours to get it ready. Seriously? Well, fair enough… I removed some items to change clothes from my baggage and went to the beach / pool area which is a substantial hike away from the hotel through an underground tunnel. I returned at 7:30pm to retrieve my key.

No welcome letter or any other introduction was made, neither was I offered any choice of welcome amenity at this point. My rate included breakfast so 500 points were the obvious choice. Again, the SPG check-in area was not staffed and I was coming from the beach, not really comfortable walking around the public area of a supposedly 5 Star hotel in that attire.

Going up to the room and inspecting it I found the suite quite nice and was happy I pushed for the hotel to honor the official Platinum benefits instead of plainly accepting their excuses of ‘no suites available’. I think hotels should be penalized by Starwood for lying to the customer like this and undermining the program.

One of the most ridiculous things I have ever seen at a hotel is, that in order to access the internet you have to enter both your room number and the CONFIRMATION CODE of your reservation. Who carries that around for gods sake? After retrieving it the system promptly produced a mismatch. I had enough at this point and contacted the duty manager to let her know I would be leaving the property. The lady was really helpful and offered assistance where she could, I have to give the hotel credit for this manager! I phoned our company travel agent to ask about an alternative hotel, another five star option for that night would have been on Yas Island, supposedly 30 mins by taxi. At this time, 8:30pm, I was not in the mood for that transfer.

The duty manager persuaded me to stay and offered some in room dining as compensation for the troubles which I accepted. 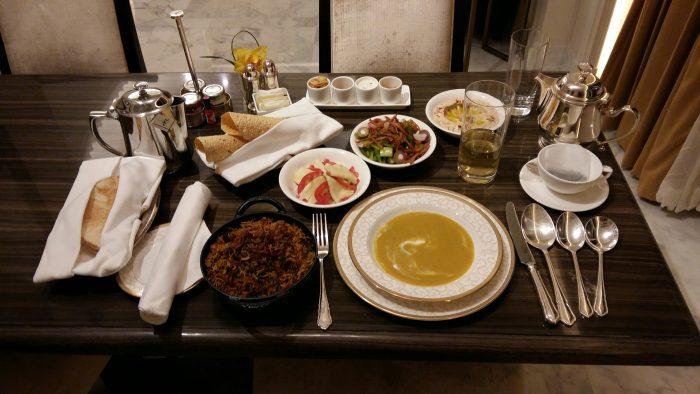 In Room Dining or better said hotel dining in general is pretty expensive in the UAE. The meal pictured above had an approximate value of 300 AED (80 USD) incl tax and service charge. The St. Regis obviously marks these meals up by a lot, it was very good quality but this is excessive.

I seriously thought this put all troubles to rest after I was provided with a manual internet code. Well, think again. The next blow came at the breakfast at the hotels restaurant. A queue about 20 people deep and the management of this line was appalling. 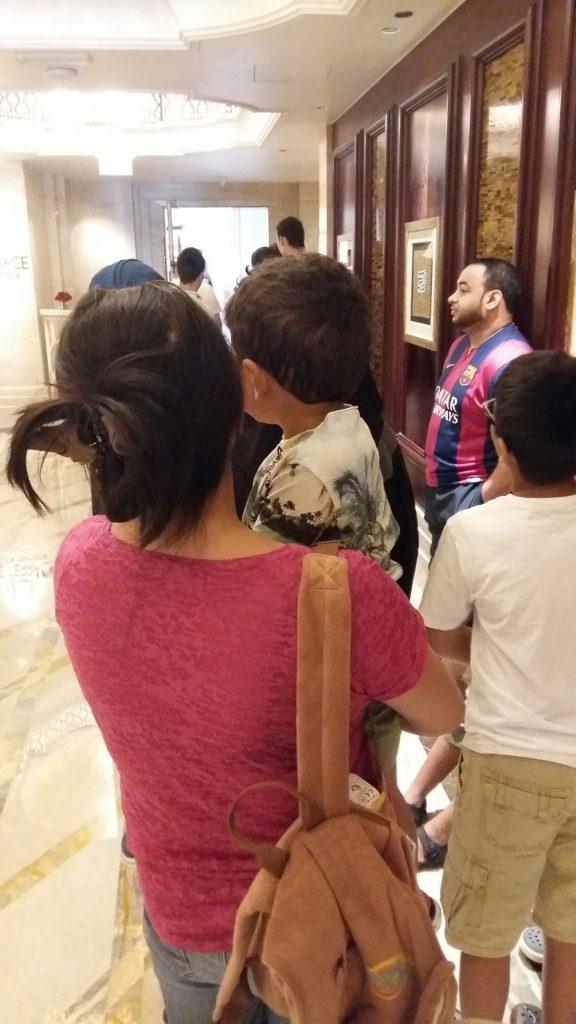 First they ask for the room number without providing any service whatsoever, I haven’t even been seated at my table so what you need the room number for? Then they go back and forth in the line to pull people out for tables, the couple behind me was asked to come with the staff for a ‘Table for two’ to which I said unless you actually have tables for one I’d be getting this table. I talked to the restaurant manager and stated my honest opinion that this whole hotel was run like a Holiday Inn. In one word: Disgusting.

The restaurant itself then was a mess as well. Way too many customers for the capacity of the restaurant, children playing with the condiments on the salad bar, no glasses for the beverages, empty bottles and juice pitchers. These are just some things… 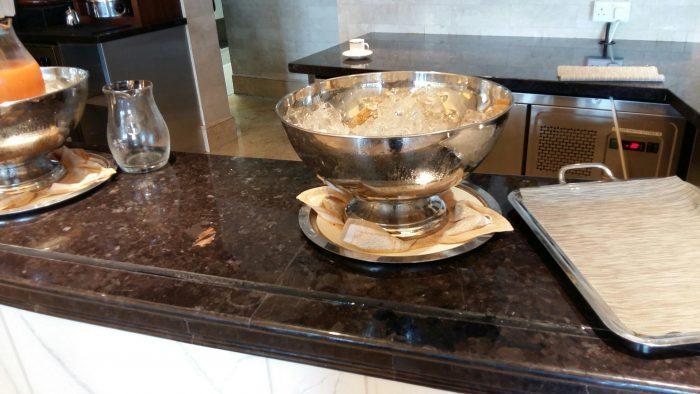 After one staff approached me if she could remove the second chair for another table I just got up and left. Indeed I had better breakfast in a more serene environment at a Holiday Inn Express.

This was probably the most revolting experience at a St. Regis I ever had and I frequent the brand quite a bit. In fact after the breakfast I was just happy to pay my bill and leave the property asap, going to the beach instead.

Apart from the arrival day and the room service I received I think the General Manager better returns quickly from his holiday  as the hotel seems to be completely out of control during his absence.

If you plan on staying in Abu Dhabi, there is a second St. Regis property at Sadiyat Island which is supposed to be much better as per my local contact. Avoid this Corniche property, it’s not worth the time and money.