Passengers of Shenzhen Airlines experienced the ultimate extreme of a ‘crappy flight’ when two pairs of parents allowed their children to defecate on the floor inside the cabin of the Chinese carrier.

Pictures from the two separate incidents on the Nanjing to Guangzhou flight were promptly uploaded on Chinese media including the popular Weibo, sparking outrage among people.

Since this is not the first time that such stories are being reported about Chinese parents on public transportation I seriously ask myself what goes on in the mind of these sick people? 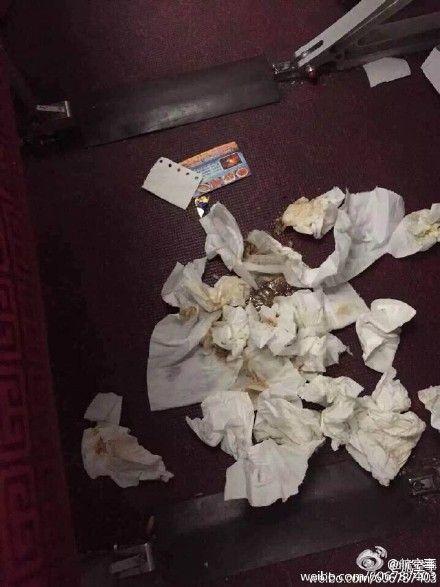 The Shanghai bases news website Shanghaiist (access here) published some translations of the statements which have been given by the passengers involved.

Passengers onboard a Shenzhen Airlines flight ZH9709 from Nanjing to Guangzhou on Sunday complained that two parents allowed their child to defecate in the back of the cabin.

This happened despite both bathrooms on the plane being vacant at the time, according to witnesses cited in a NetEase News report.

A flight attendant reportedly saw the child soiling the area in the back of the cabin before the plane took off, with the mother and another relative happily propping the kid up as if they were in a squat toilet.

When asked why she didn’t get the child to use the bathroom instead, the mother answered, “Your bathrooms are too small, the three of us can’t get in. It’s so spacious out here!”

Is there anything a civilized person can respond to such a thing? I’m seriously aghast.

The reports about such filthy acts committed by mainland Chinese travelers seriously spiked up during the past year or so. In an unrelated incident a mainland mother let her child squat on the floor at Taiwan’s Taoyuan airport (see the news report about this here).

The Chinese government has responded in creating a database about their citizen caught in such acts and actively banning them from leaving the country.

A LoyaltyLobby reader sent us a question about Avianca LifeMiles issued award ticket on Star Alliance partner that the operating...

Today’s Airfare of the Day goes to Shenzhen Airlines and their business class excursion round trip fares between Seoul and... 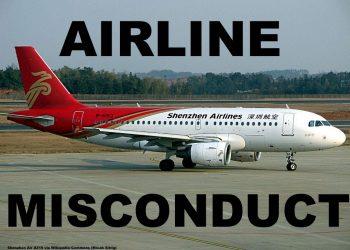 Are Chinese Customers Growing Tired Of Shabby Treatment By Their Domestic Airlines?

We always hear about various cases misconduct coming from air travelers in China but it seems that these same consumers...