An amazing picture reached us via Twitter today where a Delta Airlines Boeing 737 jet got struck by lightning at Atlanta Airport while taxiing to the runway. 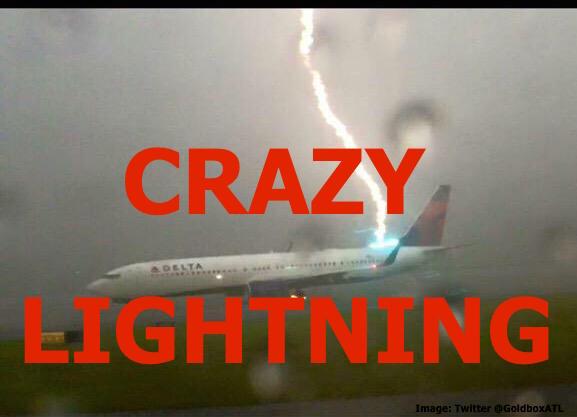 The image was captured by a passenger from another taxiing aircraft adjacent to the Boeing 737.

Twitter user GoldboxATL uploaded the image, part of a short video clip taken with a cellphone and it quickly made the rounds on the internet.

The video clip is available on Youtube at this moment (0:17 of the video):

I wonder if you feel any of this while being inside the aircraft? As a rumble or the like.

The Atlanta area is known for their thunderstorms. I remember back in 2009 when I was living in the U.S. and flying through there every now and then it was always an issue with lightning because the ramp workers were not allowed to handle the aircraft (especially baggage), leading to lengthy delays.

Would this plane have to return for an inspection?