New York Times run a story last week about quite unusual Airbnb experience that I came across yesterday after friend posted a link to it on Facebook. 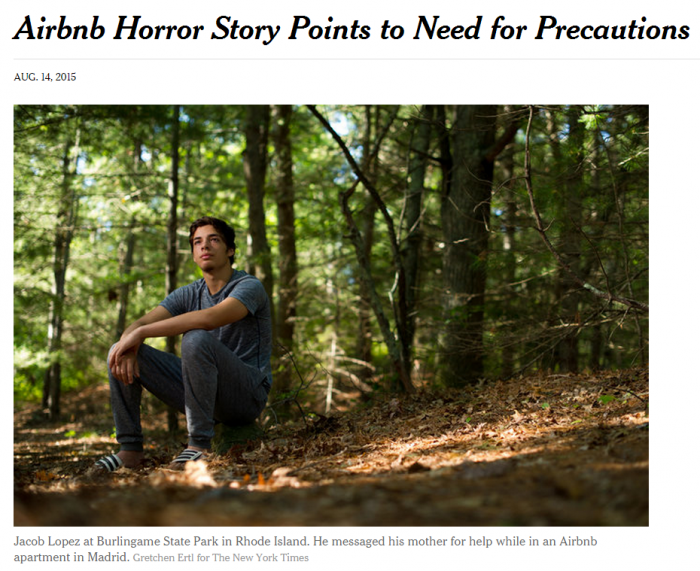 Airbnb is an online platform where travelers can search for accommodation from around the world. Some “hosts” rent out their entire apartments while others might rent one of the rooms.

You can access the New York Times story here of which below is an excerpt:

Her 19-year-old son told her that his Airbnb host in Madrid had locked him in the fourth-floor apartment where he was supposed to be staying and removed the key. The host was still there, he said, rattling knives around in the kitchen drawer and pressing him to submit to a sexual act. He begged his mother for help.

When she called Airbnb, its employees would not give her the address and would not call the police. Instead, they gave her a number for the Madrid police and told her to ask the police to call the company for the address. But the number led to a recording in Spanish that kept disconnecting her, she said, and when she repeatedly called back her Airbnb contact, the calls went straight to voice mail.

According to her son, Jacob Lopez, he was sexually assaulted that night. Eventually, he persuaded his host to free him. He returned home to Massachusetts and is in trauma therapy.

Seems that this 19-year-old had quite an experience in Madrid….

I have yet to try out the service but have some friends that vouch for the service especially when in need of multi bedroom apartments for larger party.