I have never been a big friend of taxi transfers to and from the airport. The distances are often long, the fares expensive and in most countries you can’t pay by credit card, meaning you have to obtain local currency first. 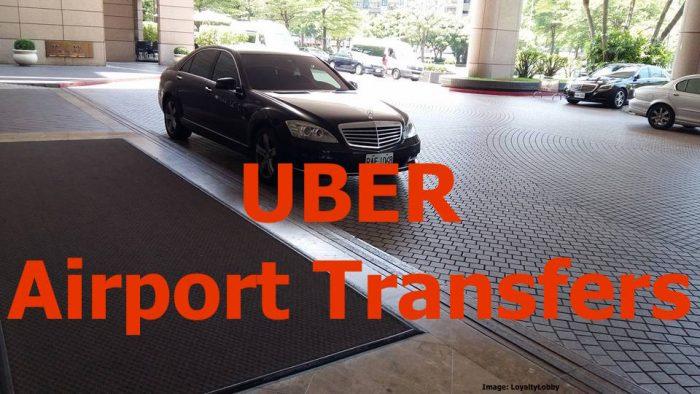 So for a long time I have relied on Airport Shuttles or in some cities (such as New York) Limousine Services. Things changed for me when UBER rolled out their services in more and more countries.

Back in the day when UBER was new and had presence only in some North American cities I wasn’t too much of a fan, in fact even now I still just hail a cab when it’s just a short few blocks driving.

Once I used UBER the first time internationally however, things changed. Not only was it much easier now to organize and pay for transportation, thanks to the GPS the need to explain where I want to go also became obsolete. And then there is the price which is a huge factor as well since the rates are always cheaper than a taxi and much cheaper than a limousine service. I had some really stunning cars such as Mercedes S-Class, BMW 7, BMW 5 which were all offered as UBER Black.

The first time I used UBER for an airport transfer was last year in Brussels. The Hotel (Hilton Brussels) quoted me that a taxi would cost between 40-50 EUR to go all the way to the airport. Coming there from the train station (I arrived by Eurostar) was already 15 EUR. I decided enough is enough and checked UBER. Bingo!

I selected UBER POP (which in some countries is called UBER X, basically a private car and not a Limousine) and a friendly guy turned up in his Toyota Prius. Comfortable and clean it was a welcome change from that dump of a taxi which transported us 2 days earlier. Total cost for the whole ride: 20 EUR for 16 kilometers. It basically saved me 50% of the fare and was more comfortable.

A few weeks ago I used the service again in Abu Dhabi.

Again I selected UBER X and was greeted by my driver turning up in a brand new Toyota Camry. The day prior I used UBER Black for a hotel change from the Park Hyatt to the St. Regis and the car was a spacious new Lexus. For the ride to the airport I was charged 69 AED (16 EUR) for 37 km. Coming from the airport I paid 92 AED for the same distance so about 30% savings and a nicer car.

On top of that, you earn SPG Points for every UBER Ride and an additional 2x bonus if you stay at any SPG Hotel during the day of your rides. John wrote it here.

This posted for my Abu Dhabi airport transfer:

If you have not registered for UBER yet and want to try it, feel free to use this promotional link and receive a 20$ welcome credit.

This is really a great way for getting a convenient airport transfer at a good price without the need to exchange currency or putting up with the usual taxi antics such as old cars, unfriendly drivers, doubtful routings etc. If you want to expense your ride as a business item you can charge it directly to your corporate credit card or print the detailed receipt from your email. In China (Beijing) I was even able to order a detailed ‘Fapiao’ for all my rides.

I’m aware that UBER gets a lot of flack from various lobby groups but I can only say that for me as a customer it has worked out great so far.