Service cuts, restructuring, changes in frequent flyer programs… Even most loyal passengers and elite customers are growing tired of their formerly treasured airline. 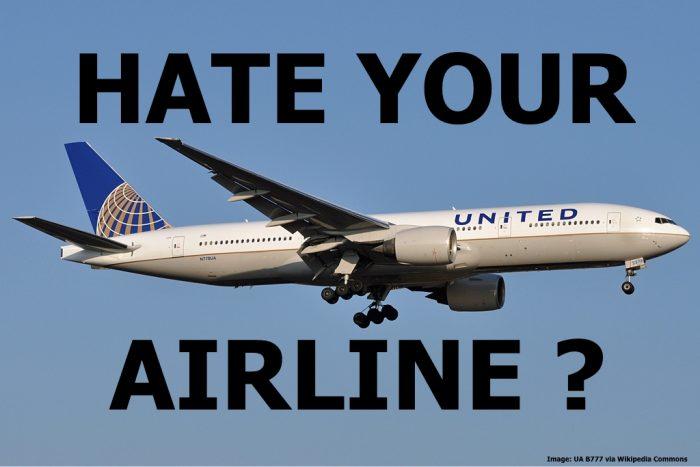 With the consolidation of carriers into the big 3 U.S. airlines United, Delta and American Airlines the game got shuffled very good in the recent years with consumers becoming increasingly frustrated.

Recent IT breaches (United), negative changes in the frequent flyer schemes (Delta Skymiles) and overall ‘Nickel and Diming’ mentality the patience of many customers has reached the top of the barrel and is about to flow over.

The Washington Post had an article this week (access here) which also handled the topic of ‘Enough is enough’.

Airlines are fixated on collecting more money for your luggage. Last year, they pocketed more than $3.5 billion in fees, and this number is on the rise. United was the second most successful airline for charging for baggage, with earnings of $652 million. Top honors go to Delta Air Lines, which bagged $863 million. …

Frontier recently caved in to customers …  who had been complaining about its abundant fees. In August, it began bundling several extras, including one checked bag, one carry-on, the “best available” seat and no fee for changing the ticket later, into a package it calls “the Works.”

The fee bonanza has been going on for years and has certainly helped the airlines survive during years of high fuel prices. Now that the oil prices is extremely low again they still stay in place and provide the carriers with record profits to the extend  where it could be seen as gauging.

For domestic travel in the continental U.S. customers have indeed not many options to escape the ‘Legacy Gaugers’ who also modified their frequent flier programs in a way that it’s now more revenue based rather than ‘flown mileage’ based.

Another matter is the sometimes outrageous fuel surcharges (YQ) that are still in place from arguably difficult times. If you book a ticket on British Airways, Virgin Atlantic or Lufthansa for example you are hit by huge fees supposedly for fuel. But with the tremendous drop in fuel prices, is this even anywhere near legitimate or already borderline fraud?

Let’s be honest, the real horrible service is reserved for the passengers who don’t carry any sort of status with the airline or alliance. For status customers baggage fees are usually waived and they receive extra perks such as seat reservations, elite check-in and priority boarding.

What gets frequent fliers riled up are IT issues, rude staff, delays and heavy changes of frequent flier programs with little to no notice. Personally I think that people always assume the grass is greener on the other side. Customers who are unhappy with United might change to American, those who are unhappy with Delta might change to United. In the end it will balance itself out considering there is not that much choice in the market.

What is your most recent airline experience that made your blood boil? Please comment below!