For all UBER and LYFT users who travel to Los Angeles these might be welcome news. The city council has approved the providers to serve customers at LAX Airport. 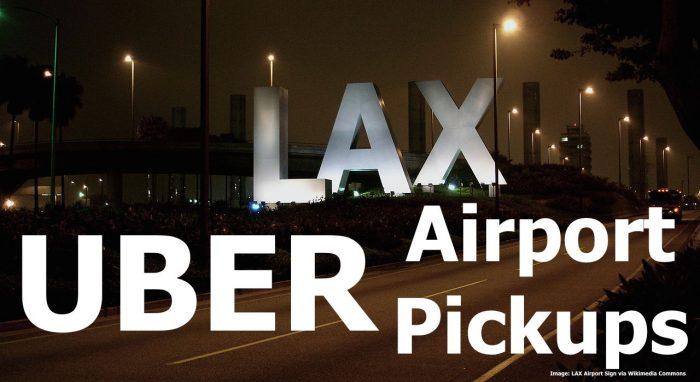 The matter if the controversial car service provider should be allowed to pick up passengers at LAX has already been discussed for quite some time. Now it got the all clear.

Many customers use the popular service for a long time already to get dropped off at the airport terminals but so far the pick-up was prohibited.

LA Weekly Magazine (access here) reported yesterday that pickups will be available within week now that the city council has voted in favor.

The L.A. City Council voted today to allow Uber and Lyft to pick up passengers at Los Angeles International Airport, without requiring the companies to fingerprint their drivers.

The issue was unusually divisive for a legislative body that tends to prefer unanimity. The council voted 7-8 on a motion to reject the airport’s agreement with Uber and Lyft. That motion would have required 10 votes to pass, so opponents fell three short. A subsequent motion to approve the agreement passed 9-6.

The debate covered issues such as disability access and green fleet requirements, but it centered around background checks. L.A. city taxi companies, which are subject to fingerprint-based checks, made the issue the focus of their effort to block the ride-hailing companies from the airport.

I would say this reflects the sentiment of the general population based on comments for example on Facebook posts related to articles about these services. It is highly controversial due to their competetion to traditional taxi companies and lax (if any) background checks.

Councilman Bob Blumenfield, who led ride-hailing supporters, emphasized that passengers want ride-hailing services at the airport. Many passengers currently take shuttles to nearby hotels, and hail an Uber from there.

“Today, the Council embraced rather than hindered new technologies to provide the safe and convenient access Angelenos demand,” he said in a statement.

A few days ago I wrote an article here on Loyalty Lobby (access here) about my experiences using UBER to/from airports and how it has improved my travel experience.

I have many friends in Los Angeles and lived in the city before myself. These regular Yellow Cab Taxis and other providers such as Beverly Hills in LA are old and uncomfortable as far as I’m concerned. I never felt comfortable taking them and rather opted for driving/parking. Many of my friends are happy with the decision to allow UBER and LYFT to allow pickups.