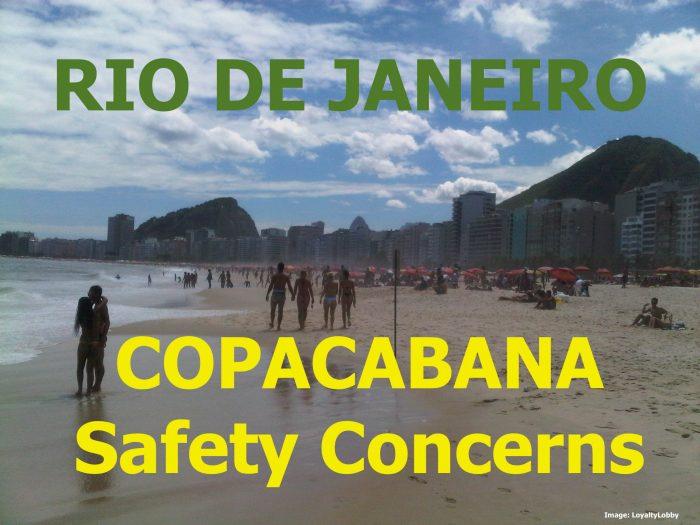 One year before the Olympics are coming to Brazil, officials are worried about the tainting image these criminals leave and respond with a heavy hand.

It has been reported in the spanish newspaper El Pais that police is targeting primarily youth groups and especially bars poor black youths from Rio’s world famous beaches such as Copacabana and Ipanema.

You can access the article at El Pais here. It alleges that the police conducts arrests of individuals that suit these demographics preemptively, meaning that they have not committed any crime yet.

The youngsters – all poor and black – were traveling aboard long-distance buses from their shantytowns to the more upscale southern part of the city. But they ended up on the floor of a police van even though they had failed to commit any crimes.

The police raid was conducted as part of an attempt to contain a fresh wave of group robberies, a practice that became common in the 1990s on Río’s beaches.

While this sounds alarming on the first sight, one has to consider that the roster seems to be at least somewhat fitting if one can believe the results of the police action.

While these events have alarmed part of the population, Río Governor Fernando Pezão defended the police’s actions. “Police intelligence has tracked the movement of these minors from the time they got aboard the buses. How many times have these minors carried out attacks? I am not saying it was all of those who were there [on the buses], but many of them, some of whom had already been arrested five, eight, ten or 15 times.”

To actually be arrested 15 times in Brazil you probably have to commit 150 crimes or more.

I have visited Rio de Janeiro 3 times before and plan to go back in a few months. I haven’t felt unsafe there but then again I never take any valuables with me when i go out. A friend of mine was the victim of an (unsuccessful) robbery attempt when someone tried to rip a necklace off which left pretty visible marks. Not sure I’d wear something like a gold necklace along the Copacabana but well…

The so-called arrastões, or group robberies in public places, have become habitual in Río during the summer months, staining the idyllic image that two of the world’s most famous beaches enjoy and threatening to mar the country’s 2016 Olympic Games.

The thieves, some of whom have not even reached adolescence, use various methods to perpetrate the robberies. Some take cover in large crowds of friends, then pull away from the group and go around to catch bathers unaware. When they return to the group, they switch bathing suits with a friend and entrust them with their loot.

But the most surprising method – and the one that spreads panic among sunbathers – is the staged group fight: the thieves then grab everything they can in the ensuing chaos.

These thefts and robberies occur all over the place so as a tourist you should be mindful. While this sort of profiling is problematic it can’t be denied that the origin of this crime is in the slum quarters (favelas) of the city.

There are however critics within the political arena in brasil arguing that this action disregards valid law.

“It is an absurd, disastrous, scandalous action,” says anthropologist Luiz Eduardo Soares, who also served as Río’s security coordinator in 1999 and as the country’s public security secretary in 2003. “It is a sign of racism in Brazil, which is very common among the police, and it has the tacit approval of the people.”

Soares recalls how Río went through the process of opening its beaches to the general public in the early 1980s. Until then, these beaches were reserved for the white elite and residents of the favelas in the south.

What is there to do? Can a city where criminals and corruption have dominated the landscape for decades afford to stand by and be idle?

The FIFA World Cup and the upcoming Olympics are a test for Brazil and it could end up to be embarrassing for the country if these incidents continue. On top of the construction and environmental concerns that already dominate the press, additional negative publicity is everything but welcome.