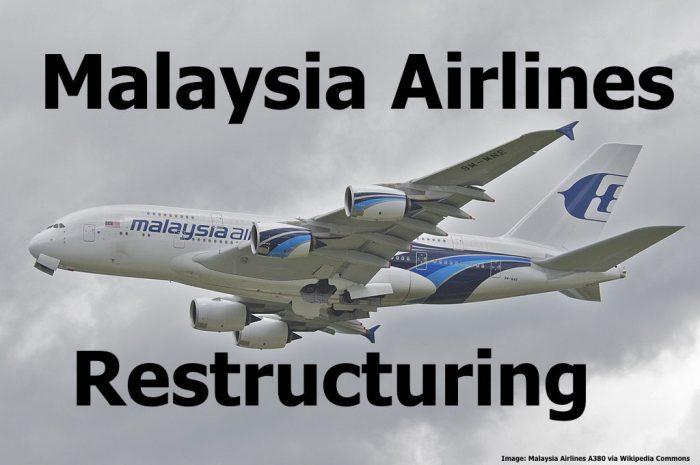 Malaysia Airlines recently went through chaotic times to say the least. From the disappearance of flight MH370, the shot down flight MH17, mass sackings, bankruptcy and permanent cancellations of flights. To say it short: The airline needed a fresh start.

It all began with the appointment of the new CEO Christoph Mueller who was determined to make clean house at Malaysia Airlines. The airline was plagued by over-staffing, incompetent management decisions and a ‘hand in pockets’ attitude of the responsible board members and associated government entities. I wrote about the scheduling issues a while back (access the article here).

After the loss of MH370 and dwindling passenger numbers Malaysia Airlines owner, Malaysia’s sovereign wealth fund Khazanah Nasional pulled the plug on these antics and gave green light to appoint the German CEO. This decision drew a lot of criticism in Malaysia where the appointment of a foreigner to the top position was seen as an affront.

Now it’s finally time to push the ‘Refresh’ button and see what the future holds for the ‘new’ airlines.

You can find the press release about the newly issued operated certificate here.

MAB’s CEO Designate Christoph Mueller said, “We would like to thank the Director General of DCA, Dato’ Sri Azharuddin Abdul Rahman for this very important milestone. The AOC is a testament to all our staff at Malaysia Airlines who have been working hard to fulfill all the necessary requirements and specifications by DCA. We are very excited and focused on MAB’s take-off in September.”

Short before new operations begin, the airline announced two new appointments for the management team in the positions of Executive Counsel as well as the position of Head of Marketing.

Another press release has been published related to these appointments (access here).

Announcing the appointment, Malaysia Airlines Berhad’s Chief Executive Officer Designate Christoph Mueller said “On behalf of the management team, I am pleased to welcome Nik Azli and Charles McKee to Malaysia Airlines. Both individuals bring with them a wealth of experience that will contribute to Malaysia Airlines’ recognition as one of the world’s leading airlines.”

Nik has over 19 years of experience in the legal (counsel and in-house) and management field and will be assisting the Company in setting up a streamlined approach to managing, negotiating and entering into contracts with the diverse range of the airline’s business partners.

Especially Mr. McKee has a great background and will be a real asset for the stricken carrier.

The new Head of Marketing, Charles McKee has a background in leading marketing teams in the airline, hospitality and destination marketing industries. His 27 years of experience in marketing and managing world-class travel brands will enable the airline to stay ahead of competition and provide greater customer experience.

Prior to his appointment, Charles was responsible for re-positioning the Delta Hotels and Resorts brand, Canada’s largest full-service hotel company. His other travel industry experience includes chief marketing and other commercial leadership roles at Air Canada, the Canadian Tourism Commission, lastminute.com PLC, and Virgin Atlantic Airways. Charles graduated from Harvard University in 1988 with a concentration in East Asian Studies and has lived and worked in Canada, the US, UK, Japan and Hong Kong.

It’s about time Malaysia Airlines comes back on it’s feet. The basis has been established now that they got rid of the excess staff and acquired some fresh management.

What really has to stop are these antics to cancel flights on short notice if the bookings are not sufficient to operate it economically. If this continues the trust of the customers will slowly but surely diminish and eventually evaporate.

Airfare of the Day [QSuites] QATAR AIRWAYS Singapore to Dubai from $1,311