In the past week a number of fake airline Facebook profiles have made the rounds where giveaways for free First Class tickets were advertised, likely to fish personal information. 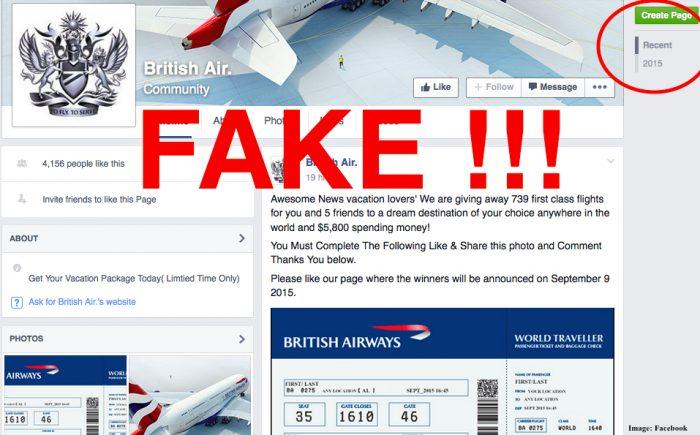 These fake pages were established for a number of airlines including British Airways and Emirates. They are usually very easy to spot because the profiles are very young and apart from that no airline would run such a crazy promotion to begin with (we wish!).

I was surprised how many of my friends on Facebook actually shared this information (which is how I initially got aware of it). It shows once again how blindly people follow certain ‘Free Stuff’ adverts and how fast the brain goes into idle mode.

Here is another one of these profiles, supposedly from Emirates 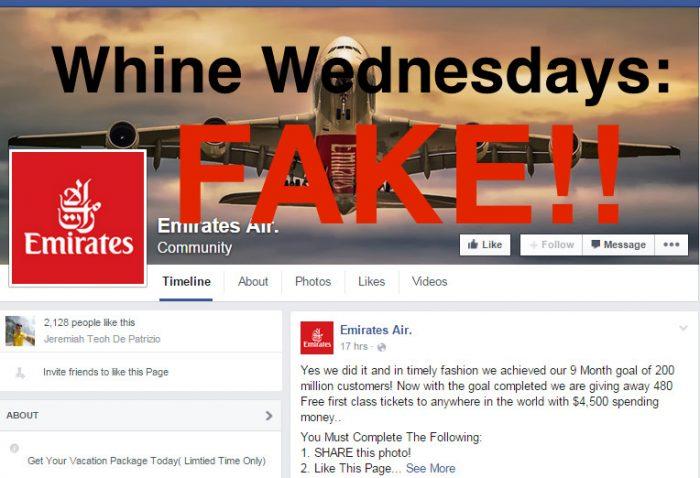 These pages created some commotion because they were online for quite some time. The British Air. page had almost 10,000 likes before it got shut down (it still shows up in the search but it can’t be accessed anymore).

A website in the UAE, Emirates 24/7 (access here) was quick on reporting about the matter and received a statement from Emirates Airlines directly saying

Emirates airline has denied any connection with a new social media competition offering free airline tickets, calling it a ‘hoax’.

“The recent competition on Facebook offering free flights is a hoax and has nothing to do with Emirates,” the airline said in a statement sent to Emirates 24|7.

“Our competitions are always run from our officially verified social media channels. Emirates has been working with Facebook to have these pages removed.”

And same as the BA page, the EK pendant was also widely spread

At 12noon on Sunday the ‘Emirates Air’ community page that posted the hoax was still active and using the airline’s official logo. The post had garnered nearly 18,000 shares on Facebook, along with over 15,200 likes.

The Emirates.Air profile has disappeared completely in the meanwhile, not that there was a lot to see but stil…

One should be careful when it comes to things that look ‘too good to be true’ because mostly holds true. It’s not unusual for airlines to have giveaways as promotional campaigns but in that case it’s a few tickets and not five hundred or a thousand. That just sounds crazy to begin with.

I personally don’t like such raffles, they usually come with the caveat of your personal information being processed by some third party provider. I have never won anything significant so I usually abstain from participating in such promotions. 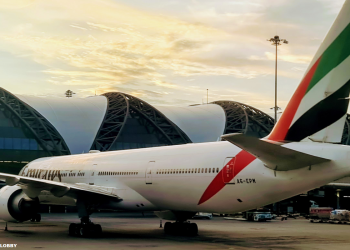 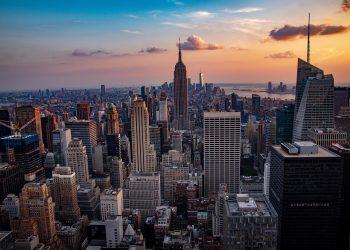 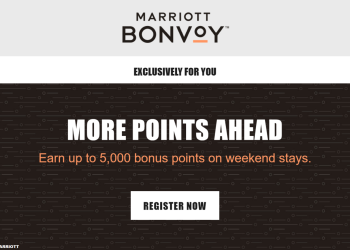