This week, Delta Airlines announced that it would sever ties with American Airlines as far as their interline agreement is concerned. 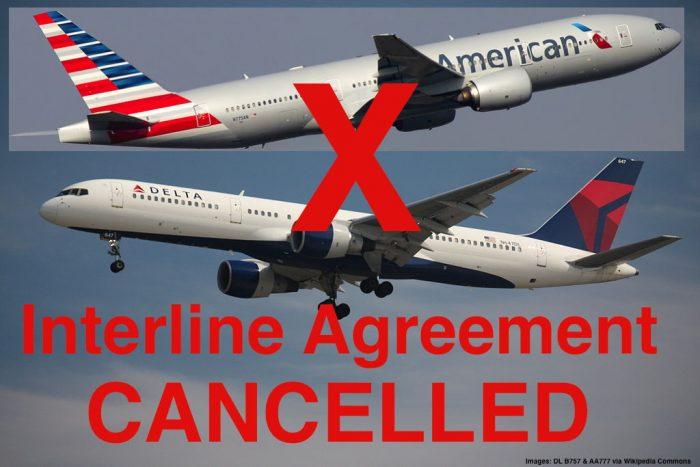 This will have direct implications for travelers in certain situations especially when it comes to irregular operations and the handling of passenger baggage.

Interline Agreements are one of those invisible pieces of the puzzle within the airline industry. Such an agreement means that the two corresponding airlines are able to book tickets on the other carrier using their own ticket stock and transfer baggage between each other, either if the passenger has one ticket with both flights on the same PNR or approaches the agent upon check-in to transfer his bag onto a different after arrival for which he holds a separate ticket.

Both of these options are now being eliminated. This will prove to be a disadvantage especially for those travelers who facilitate the hub cities of Delta / American and fall victim to irregular operations such as heavy delays or cancellations. So far it was possible to just change the ticket of the effected passenger to the interline partner and he is on his way. As far as Delta and American are concerned, this option is now off the table.

American and Delta are ending a longstanding “interline” agreement that allows them to easily put passengers on each other’s flights.

“We have been unable to come to terms on an agreement with Delta and, as a result, have mutually agreed to end our interline agreement effective Sept. 15,” American Airlines spokesman Casey Norton says in a statement to Today in the Sky. No further negotiations are currently planned.

In its own statement, Delta indicated that the sticking point was an imbalance in passengers needing to be rebooked during irregular operations — or IROPS, in airline parlance.

Most big “traditional” airlines in the U.S. and across the world have interline agreements with each other.

This sounds like Delta was unhappy that American sent them many more operations impacted passengers than vice versa. Not surprising giving my own experience with AA’s reliability and on time performance. Keep in mind the airline then transports the passenger sent over at a discounted rate, not a full fare price. If you have an agreement with an extremely unreliable airline that has plenty of irregular operations such as American (now incl US Airways) then the scale tilts dramatically to one side. I’m not an avid Delta customer so I can’t say how reliable they are.

While American has not published a statement in their online news center yet, Delta Airlines has done so (access it here).

Delta and American Airlines (including US Airways) will no longer have an interline ticketing and baggage agreement beginning  Sept. 15. The agreement provided, among other things, the ability for carriers to rebook their own customers on other airlines during irregular operations (IROPs).

The cancellation of the interline agreement with American also means that travel booked (primarily through travel agencies) on and after Sept. 15 can no longer include segments operated by Delta and American on the same ticket. Baggage transfers also won’t be accepted between the two carriers.

All ticket and baggage exchanges issued prior to Sept. 15 will be honored.

Interline agreements have long been an industry practice to help carriers support passengers during IROPs. These work through a standard rate that carriers agree to pay one another.

Unfortunately, we couldn’t reach an agreement with American that adequately addressed the number of IROPs customers that American transferred to us,” said Eric Phillips, Senior Vice President  – Revenue Management. “In July, for example, American sent passengers to Delta for reaccommodation at a five-to-one ratio. At that rate the industry agreement was no longer mutually beneficial.” …

Delta continues to have interline agreements with a number of other airlines.

My good guess is that Delta would have certainly been willing to maintain this agreement but with the caveat of American paying extra money. Being the stubborn penny pinching carrier that AA is, it comes to no surprise that the negotiations stalled and the two airlines ended this agreement (for now).

I can see Delta’s rationale behind this. It appears that American (respectively their passengers) has more to lose in this game than Delta does and as long as AA isn’t willing to cough up extra money they have to rely on other interline partners. It still is a rather unusual move because traditionally all big airlines maintain interline agreements with each other. Every frequent flier experiences irregular operations every now and then and is thankful for fast and efficient re-accommodation.

I remember back in 2009/2010 when I flew AA via Chicago to Frankfurt 3 times a month and missed my connection every second time. American was always able to put me on Lufthansa which is a completely different alliance. The sweet deal about this: I was able to get miles on both Lufthansa as well as original routing credit on American AAdvantage. So if you experience irregular operations you should always ask to be put on another carrier, even better another alliance if you can see an immediate advantage in this. In the very least you will be able to double dip your mileage. 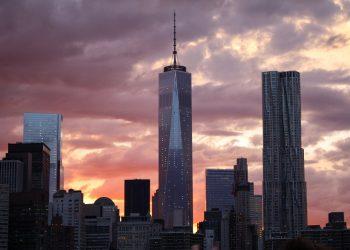 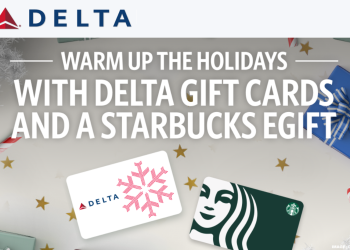 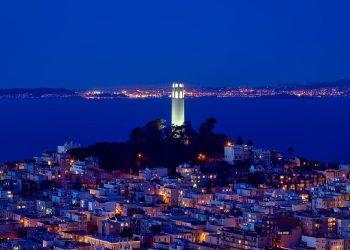