After taking delivery of their new Boeing 767-300 aircraft, WestJet is seeking to put pressure on Air Canada competing on long haul routes.

Canada has long been a paradise for the national carrier Air Canada, holding a quasi monopoly since taking over rival Canadian Airlines back in 1999 and subsequently fully integrating the carrier. Only a few charter companies, most notably Air Transat went to compete in the Canadian market. Westjet was founded in 1996 and since then grew to a large scale operation with now more than 10,000 employees operating both charter and scheduled services.

The Vancouver Sun reported about the announcement of the new London Gatwick routes (access here).

The airline invited members of the media to “high tea” in Vancouver, Edmonton, Calgary, Winnipeg, Toronto and St. John’s on Tuesday as part of a “major route announcement.”

In June, WestJet said it would offer flights to London’s Gatwick Airport beginning next spring. London will be the first transatlantic destination for its new, longer-range Boeing 767-300 aircraft.

The airline will be going head-to-head with Air Canada, which offers flights to London’s Heathrow Airport out of all those cities except Winnipeg, and also plans to begin flying from Toronto to Gatwick next year using its low-cost Rouge service. 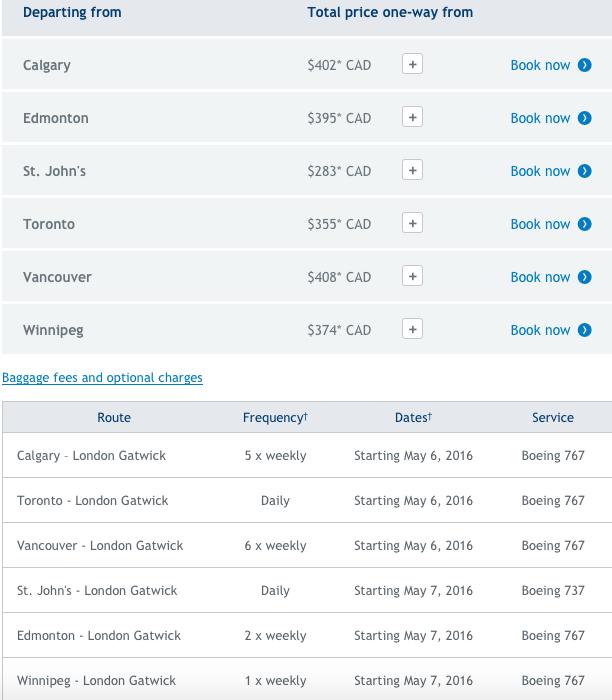 WestJet will offer their new 767-600 product in a 2-3-2 configuration in Economy and a 2-2-2 in their ‘Plus’ Cabin which is basically a Domestic First Class seating. 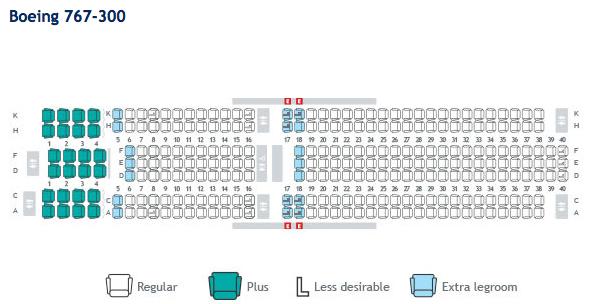 How are the fares are going to turn out? Difficult to say in the long run but there will be some implications for sure, as always when there is a new competitor in the market that adds capacity.

I really like WestJet, it’s very refreshing compared to Air Canada who (in my opinion) transformed into a ‘nickel and dime’ carrier in the last few years. WestJet also partners with AmericanAirlines AAdvantage in case you would like to earn some miles for your flights (and who doesn’t, right?).

Maybe I will try their London service from Vancouver once but I think the Plus Class for such a 9.5 hour flight would be beneficial if the pricing is right. We shall see.