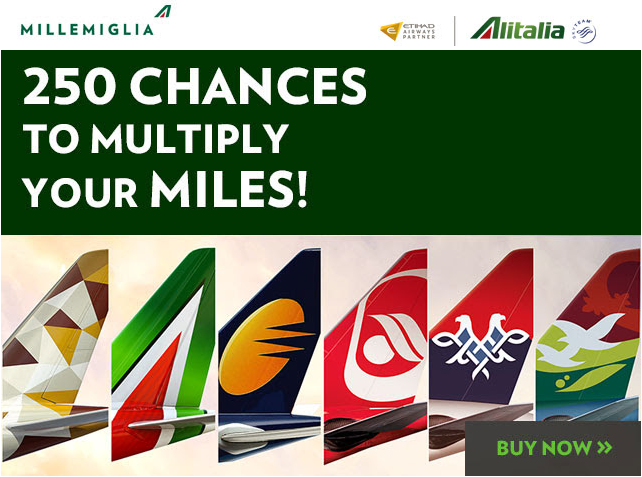 You earn triple miles for business and quadruple in first on flights operated by Alitalia, Airberlin, Etihad, JetAirays, Air Serbia and Air Seychelles between September 25 – December 15, 2015.

There is similar offer for Etihad Airways Guest members (read more here) and there has be one for JetAirways JetPrivilege members as well. Etihad controls the MilleMiglia and JetPrivilege programs.

The triple and quadruple bonuses certainly are tempting and there are likely some status related bonuses around as well on some of these partners.

1. MilleMiglia Members who, between September 14 and September 28, 2015, buy a ticket with one of the Etihad Airways Partners (EAP) to fly between September 25 and December 15, 2015, will receive triple the miles normally earned in Business class and quadruple in First class.

3. The total miles credited for each flight thanks to this promotion are equal to triple the miles normally earned in Business class and quadruple the miles in First class, excluding miles earned as Tier Bonuses for Ulisse, Freccia Alata and Freccia Alata Plus Members.

4. The following flights are excluded from the initiative: a) reward flights; b) charter flights; c) flights taken by children registered in the MilleMiglia Kids Program; d) flights taken free of charge or bought with a discount of more than 40% of the applicable fare (taxes and supplements not included) and/or identified with codes AD and ID; e) flights bought in Economy class.

5. The bonus miles will be credited to Members’ accounts within 60 days of the flight that is valid for obtaining this bonus being registered in Alitalia’s systems.

6. Flights taken before December 15, 2015, and registered in the Alitalia systems before January 15, 2016, will be considered valid for obtaining the bonus.

7. The bonus miles credited with the promotion do not allow Members to access or renew their membership to the MilleMiglia Exclusive Clubs.

8. Members can take part in the promotion several times during its validity period. 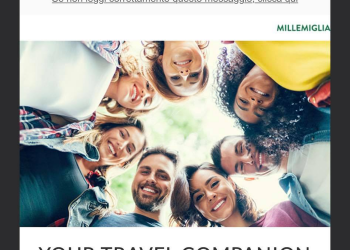 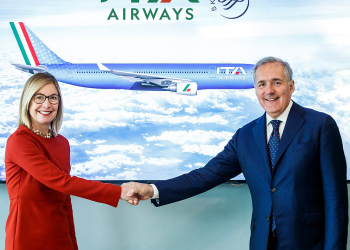 ITA Airways that was born from the ashes of Alitalia has today joined the SkyTeam alliance. ITA Airways has already... 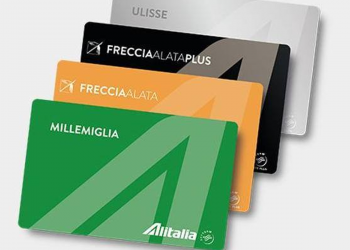 The new version of Alitalia, ITA Airways, took off to the skies last Friday and is in the process of...