A guest who encountered a bed bug infestation at her Red Roof Inn hotel room successfully sued the hotel chain and was awarded 100,000 USD this week. 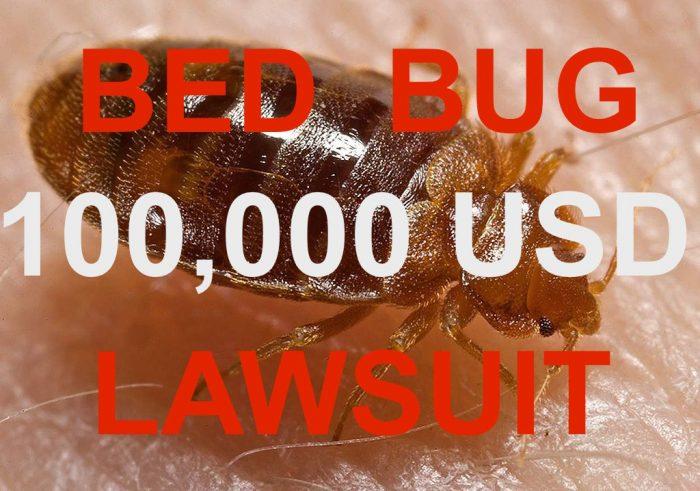 The woman has been bitten multiple times and successfully argued that the hotel (who knew they had bedbug issues) let her the hotel room and therefore demonstrated negligence, entitling her to damages.

Some might say that’s what you get for staying at a Red Roof Inn but I disagree. Even a lower rated motel and especially a chain should be expected to provide clean and especially insect free accommodation.

A jury awarded a six-figure settlement to a woman who filed a lawsuit against hotel giant Red Roof Inn after she said she suffered injuries from bedbugs at one of their properties in Prince George’s County.

Stacey Belle, of Winston Salem, N.C., said she stayed for one night in January 2014 at one of the chain’s hotels in the 6100 block of Oxon Hill Road. She woke up itching. When she turned on her lights, she saw welts covering her arms and hands, lifted her pillow and found bedbugs crawling.

In the lawsuit, Belle claimed that the Oxon Hill motel had previously found bedbugs in guest rooms and treated infestations. But the hotel did not check that Belle’s room was free of bedbugs before it rented it out to her, the lawsuit claimed.

On Tuesday, a Prince George’s County jury awarded Belle $100,000 as compensation for her bites and subsequent distress.

Certainly a disgusting experience, I’m glad that the jury awarded this sum not necessarily because she deserves such a high amount but so that hotels start to take this matter more serious.

In an e-mailed statement, a Red Roof Inn spokeswoman said Thursday that the company “disagrees” with the jury’s award and “plans on exercising all of its rights related thereto.”

Doesn’t surprise me in the least that the ‘Bed Bug Inn’ disagrees with the judgment. Too bad!

The tiny insect, however, survived in other parts of the world and has made an unexpected — and many would argue — unwelcome return to the United States since the late 1990s. Bedbugs have been known to show up in college dorms, government buildings, the offices of tech giant Google and the luxury New York hotel Waldorf-Astoria.

I remember Bed bugs became indeed a large problem in New York even though to be fair, the referenced article related to the Waldorf Astoria (WSJ article here) stems from 2010 so it’s nothing recent.

John had a similar bedbug encounter last year at the Intercontinental in Vietnam (see his article here). Unfortunately he didn’t get 100,000$ out of it.

Bedbugs are horrible and are very hard to get rid of. Knock on wood I had never had any infestation at home and my encounters while staying at hotels have been negligible at best.

In severe cases I would absolutely suggest you seek medical advise and should this incident occur in a suitable jurisdiction you might want to consider legal action. Note that I’m not talking about ONE bug bite but severe cases!