Airlines carry many different kind of cargo and tarantula gone missing on a scheduled Delta flight from Baltimore to Washington on Wednesday night lead to three hour delay and plane swap. 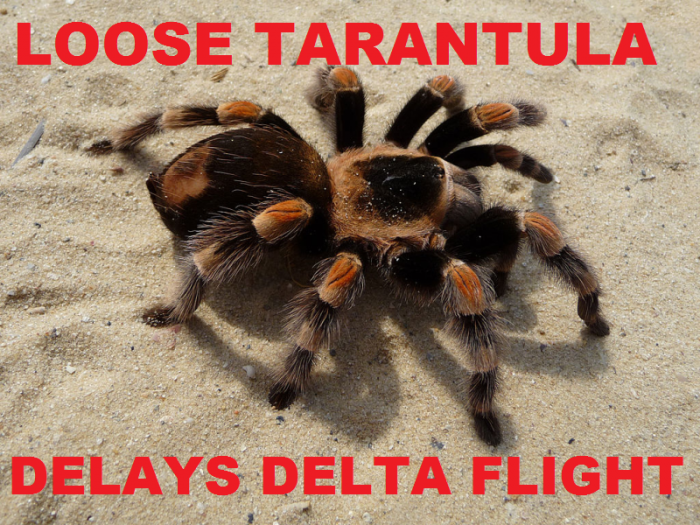 Baggage handler had noticed that the tarantula had escaped its contained and captain had then canceled the flight.

But when Delta baggage handlers on the ground noticed the baboon tarantula out of its carrier container, the captain ordered the plane grounded in Baltimore overnight to be searched for any additional arachnids, Delta spokesman Brian Kruse said.

“They were able to capture it, and they contacted the handler” to verify it was the only spider in the cage, Kruse said.

The captain told the waiting passengers the eight-legged reason for the delay, and passengers were let off the plane and put on another flight, which departed about three hours later, Kruse said.

This must be one of the weirdest reason for canceling a flight. Wonder how the tarantula had been able to escape the container?