Lufthansa has launched a new nonstop service from Frankfurt to Tampa, Florida operating a 5 days a week service to the sunshine state. 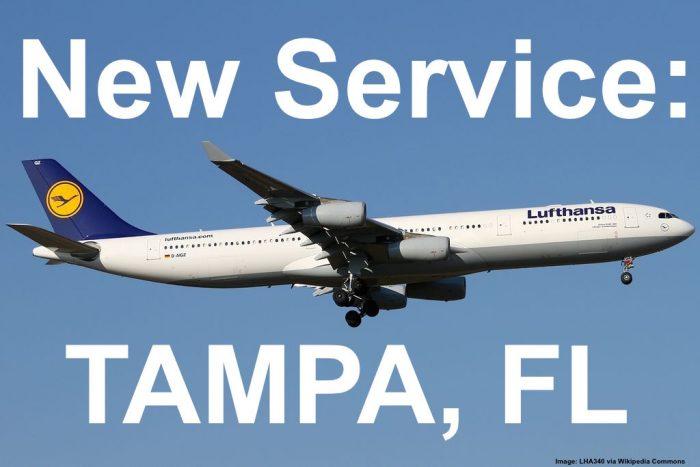 The route will be operated with one of Lufthansa’s Airbus A340 aircrafts in a Business/Premium Economy/Economy configuration.

Florida is a popular destination for German holidaymakers, many of whom are also maintain vacation homes or retirement residences there.

Business Traveller Magazine already announced the start of this service in November last year (access their article here) with the inaugural flight being last week on September 25th 2015.

The German airline will roster an A340-300, with 18 seats in business class, 19 in premium economy and 261 in economy, to Tampa International airport from September 25.

Outbound flight LH482 will depart Frankfurt at 1100 and arrive in Tampa at 1550 local time, while return service LH483 will leave Tampa at 1720 and land in Frankfurt at 0845 local time the following day.

Three destinations in Florida (Miami, Orlando and now Tampa) speak a clear language how important the market is, keeping in mind that Condor also has many flights in their schedule.

Even though the flight only operates with Business Class and no First Class on this route, at least Lufthansa announced this month that the cabin refurbishment program is completed and all flights will now feature the new Business Class (see LoyaltyLobby’s article here).

It’s good that Lufthansa finds new routes like there were there is money to be made. At the same time it’s great that travelers have the option of traveling on a proper airline and don’t have to resort to Condor or Air Berlin which in my opinion provide a rather lackluster service.