Hilton made an announcement back in April last year (2014) (access here) that they would be moving away from yearly award category changes and would adjust award categories “seasonally” that seems to roughly every other month/every three months based on the observations.

Hilton HHonors has just updated its web page where they post these changes. These changes were announced per their website today September 30, 2015.

You can access Hilton’s web page for these changes here.

You have to bear in mind that Hilton’s award categories don’t mean as much as they used to because the number of points within an award category varies a lot and can be changed unannounced.

Here are the properties moving up in award category:

Here are the properties moving down in award category:

Here are new properties added to Hilton HHonors and their award categories: 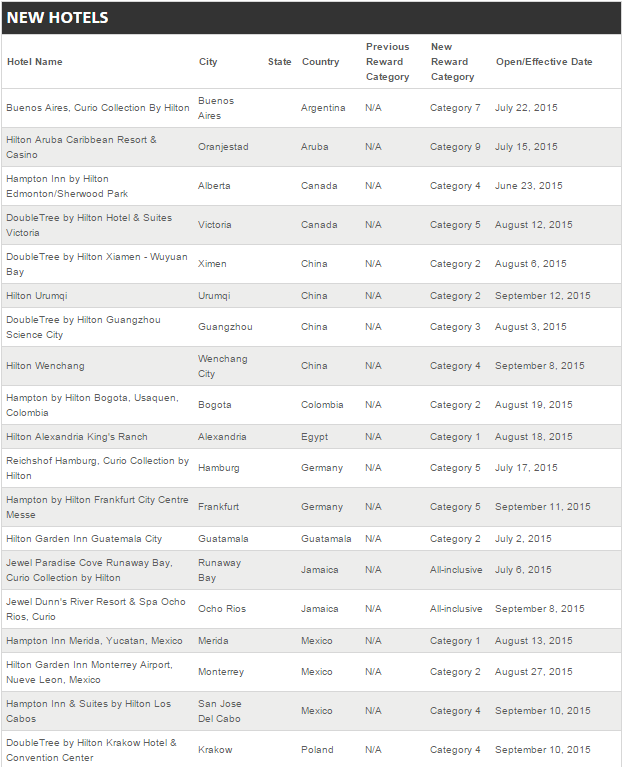 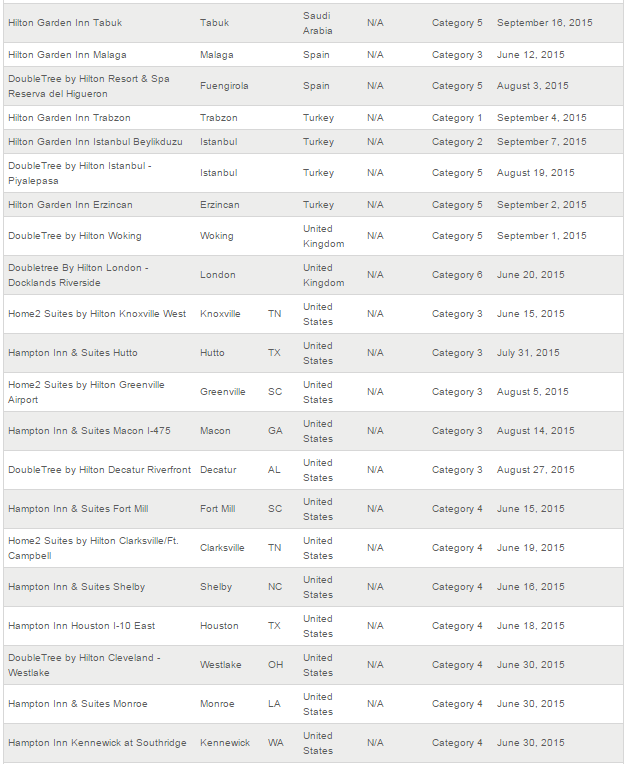 For award bookings for hotels that are moving down, you should do them once the new award pricing is in effect. If you already have a reservation for one of them, just contact Hilton HHonors after the change and they should be able to reprice the award.

There are total of 93 new hotels that have been opened since the last update in July.

Would You Bump Nobel Laureate? United Did!

Hilton has offered various matches and fast tracks to its Gold and Diamond tiers for years with halving the number...

Hilton on Thursday added a new hotel to its portfolio in Japan, the ROKU KYOTO.  This new hotel joins Hilton's...

Hilton rolled out Gold & Diamond member F&B credit instead of complimentary breakfast for hotels in the United States on...