The Maldives have a problem, it’s called Terrorism and for international travelers this might become a problem at one point. 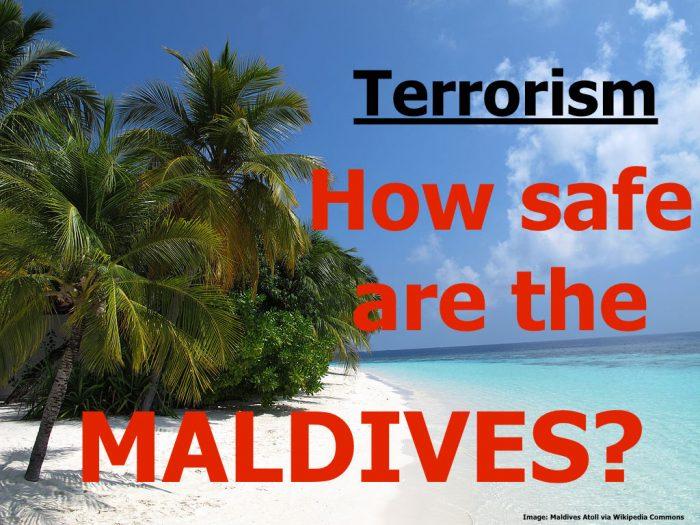 The Maldives are one the most popular destinations for luxury travel and especially honeymoon. This week the president of the Maldives barely escaped a bomb blast on his boat.

While returning from the Hajj a bomb exploded on the presidents boat and his wife as well as a few aides were wounded.

Bloomberg reported that the small island nation has called upon the U.S. for help in fighting their terrorism problem (access the article here).

The Maldives is calling on the United States to help it respond to an attack on its president, potentially opening the newest front in the war on terror.

President Abdulla Yameen Abdul Gayoom on Sunday narrowly escaped an explosion on his boat. His wife was injured. Investigators have converged on the island nation in the Indian Ocean to determine whether the blast is related to organized terrorism. The government is already rethinking its security and defense practices; top officials say terrorist recruiting has been on the rise there. …

The Maldives cannot tackle Islamic extremism comprehensively on its own. The government wants more intelligence cooperation, more security assistance and more engagement from its international partners, especially the United States.

“There is a need to cooperate,” he said. “And while the Maldives is one of the smallest countries, the challenges we face are not small.”

The Maldives, dependent on tourism, doesn’t want its image as a paradise destination for honeymooners altered by the presence of armed guards everywhere. But Ali said officials are upgrading security at airports and tourist destinations.

It remains to be seen. Even though the target of this current attack was the president you never know how quickly terrorists begin to target touristic places to hurts the countries economy and undermine government policy. We all remember the terrible bomb attack in a Bali disco or the most recent bomb blast at Bangkok’s Erawan Shrine which is also a popular tourist destination with several of the deceased being tourists.

In the meanwhile I checked some travel warnings but so far no active alerts are put out.

See the Travel Advise of the British Home Office here.

Travel Advisory from the Australian Government is accessible here.

I don’t think cancelling all travel to the Maldives because of this would be an appropriate step at this moment due to the lack of information. Nevertheless it’s always recommendable to keep up to date on the security situation in countries far away from home, especially those that are politically unstable such as the Maldives (you can read details in the travel advisories).