It was reported yesterday in the Philippines press that the InterContinental Manila that has been part of the IHG for the past 46 years will close on January 1, 2016 (or the contract with IHG expires on December 31).

It appears that the owner of the hotel with take it down and build mixed used development on the lot.

You can read more about this development on the Manila Times here of which below is an excerpt:

“We deliberately planned the Ayala Center redevelopment in such a way that all of its property components are pulled together by an expansive, modern and comfortable intermodal transport facility which will ultimately ease traffic and pedestrian flow in the EDSA-Ayala area,” said Blas.

He added: “By constantly striving to change the landscape and optimizing the use of space, we believe that the Makati CBD will remain competitive and continue to contribute significantly to the country’s economic development in the years to come.”

The company also announced that the InterContinental Manila, which currently sits on a portion of the Ayala Center in Makati, will be closing soon as the hotel management contract between Ayala Land Hotels and Resorts Corporation’s (AHRC) subsidiary and InterContinental Hotels Group (IHG) will expire on December 31, 2015. 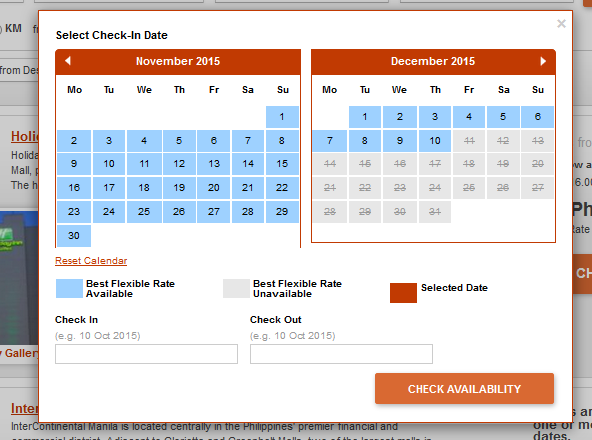 I have stayed at this InterContinental hotel couple of times and I believe that it was on the PointBreaks at least once (years ago). It wasn’t the most modern InterContinental hotel, but their club lounge and Royal Ambassador treatment were both good. Didn’t like their fitness center though (Golds Gym if I can recall right).

There is a new Fairmont in the city that I haven’t checked out yet. I may be in Manila in middle/late November this year. I’ll have to look closer at the time what hotel options exist.