The problem with the Argentinean foreign exchange market that has lead to ever increasing spread between the official and the “street” rate that has been covered several times here on LoyaltyLobby. 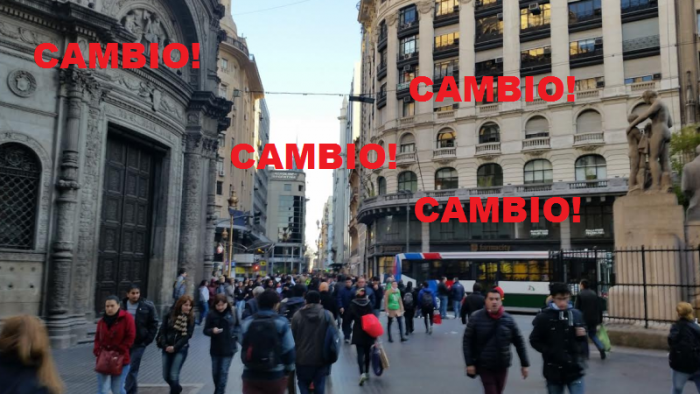 When I was on my way (again) to Buenos Aires last month from Europe, I again decided to take some dollars with me to cover the six or so days I was going to spend there. I took Euros from an ATM in Brussels and exchanged at one of the money changers in the downtown that only took 1% commission.

When in Buenos Aires, I walked to the Caller Florida (as I always do) and every 10 meters there is someone yelling Cambio Cambio. Took few rates down first (after checking couple of websites) and decided to do the exchange with this shop.

Went to this unmarked store within a mall that had couple of guys with note counting machines and was out very fast.

I just checked the exchange rates and seems that the spread is now 60% to 66% between the official and unofficial rate. If you can exchange at the high end of the scale, you can basically save 40% over paying by credit card or withdrawing money using an ATM.

I tend to use the following three websites to check the rates (access here, here and here).

It feels extremely dodgy by doing the exchange this way for the very first time. Now, I am just eagerly awaiting what kind of exchange it turns out to be (tailor shop, unmarked office space or shop). I have never been given forfeit money from these shops unlike with taxi drivers in the city.

It is just sad how mismanaged the Argentinean government is considering that they must keep this “official” exchange rate that nobody can actually use to exchange dollars or euros from ARS. Argentinean that wish to have access to foreign currency must use these unofficial exchanges that, at least in theory, are illegal.