Cathay Pacific has announced that it would suspend all overflights of the Caspian Sea as well as Iran after Russia engaged in missile strikes from that area against Syrian Rebels. 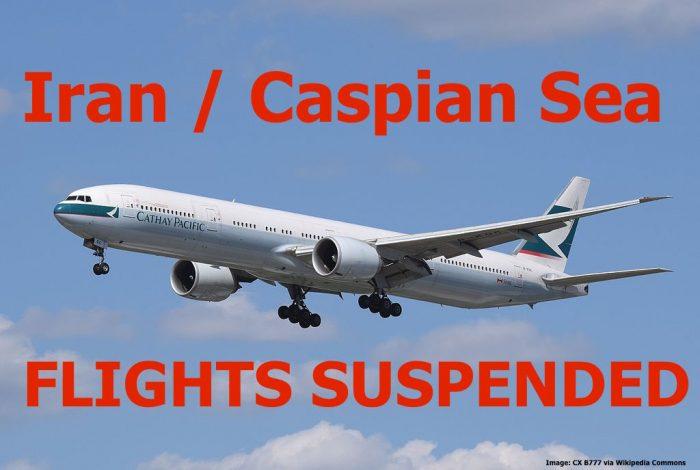 The airline reacted on EASA and ICAO safety advisories after Russia launched a salvo of cruise missiles from its warships in the Caspian Sea.

Even though both agencies did not make specific recommendations concerning overflights of this territory Cathay Pacific decided to adopt a policy not to fly routes over these risky regions.

AFP had a news report with some background information (access here).

Cathay Pacific said Wednesday it had suspended flights over Iran and the Caspian Sea after an aviation safety body issued a warning about Russian missiles being fired at Syria, while some European airlines have also taken measures. …

“In view of the situation in the region, Cathay Pacific suspended all flights over Iran and Caspian Sea since last Thursday until further notice,” it said in a statement.

The airline said it had received safety advisories from both the EASA and the United Nations’ International Civil Aviation Organisation (ICAO) but added that neither had made specific recommendations to carriers.

Cathay already has a long-term policy not to overfly Iraq, Afghanistan, Ukraine and Syria, the statement said.

After the final report about the MH17 disaster yesterday which concluded that the airlines was shot down by a missile in airspace that was well known to be dangerous it appears that Cathay wants to play it safe this time.

Other carriers have also put special security policies in place but those were not as far reaching.

Australian carrier Qantas said Wednesday it had chosen not to suspend flights over the area.

“If there was a problem, and if it does turn into being a problem, Qantas will not be flying aircraft through that airspace. But the information that we have is it is safe to do so.” Qantas flies over Iran on its Dubai to London leg. …

Austrian Airlines said its planes were continuing to fly over the Caspian Sea.

“Our planes fly at 10,000 metres while Russian missiles only reach a very low altitude and therefore present no danger for the moment,” spokesman Wilhelm Baldia said.

I’m not sure how safe this statement of the Austrian Airlines spokesman makes me feel to be honest. But I appreciate statements of the airlines like these so it can help passengers to make an informed decision about what carriers to choose.

Changing to longer routes while avoiding common routes can cost the carriers a lot of money and might also bring the schedules out of balance as it potentially adds total flight time.

Considering this it’s understandable that airlines try to avoid such steps as much as possible. Let’s keep in mind that neither EASA or ICAO gave a specific warning about flying over the territory in question. Cathay’s decision is simply based on being cautious and the desire to demonstrate this to their customers.