When someone emails me that they have left something in a plane or in an airline lounge, my usual advise is to move on and consider the item gone (and maybe try claiming from the travel insurance). 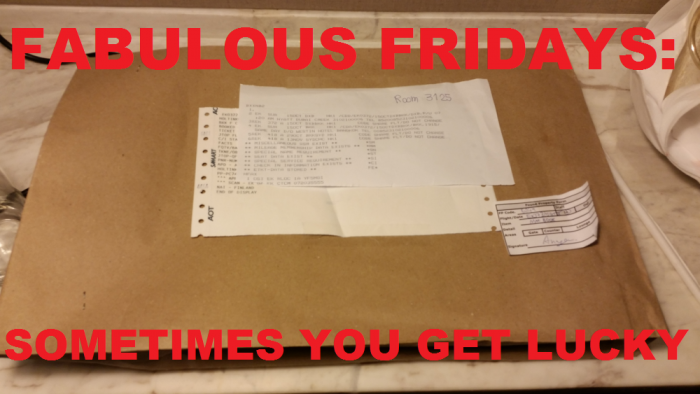 Over the years, I have left couple of Bose headphones, prescription sunglasses, dossier, wallet and Friday last week a Mac laptop.

Never saw the headphone or the sunglasses. Lufthansa employee was once running after me in the baggage claim area to bring me my wallet. I was able to retrieve the dossier left behind on an United flight to Sao Paulo or Buenos Aires.

When I realized that I had left my Mac laptop (I carry three right now) behind, I asked the InterContinental Bangkok concierge to call Emirates to see if the cleaning crew had turned it in.

They had and an InterContinental employee was going to be at the airport later that day (probably meet & greet) and he could bring it if I write an authorization .

If and when leave something behind, I immediately consider the item gone. Usually they are really nowhere to be found, but sometimes you get lucky. Friend of mine left his laptop recently on British Airways flight LHR-PVG in F and it was never turned in.

Emirates had actually taped the my PNR to the laptop with notes from the reservation that showed the hotel I should be at (I had arranged Emirates driver to take me to Westin but ended up going to InterContinental instead).

When you are in one of the suites, it is easy to leave stuff behind. If I am in business or in economy, I don’t usually get my stuff out due to lack of space. When in F, I usually try to check couple of times to ensure that I am not leaving anything behind.

You often see people putting pads and headphones to seat pockets in economy. That is the surest way to forget them.