Passengers wishing to fly direct between Russia and the Ukraine will face a problem starting this week as all flights between the two countries will be halted. 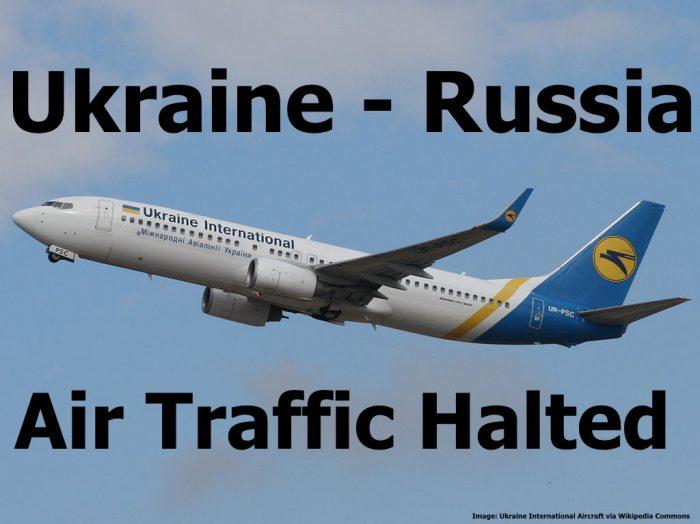 Those wishing to travel by air have to transit via a third country or switch to a lengthy train ride.

This latest move amid the tensions between the two countries was initiated by the Ukraine as part of sanctions against Russia. Russian airlines are expected to lose out mostly from this ban as per a report of the CBC (access here).

All direct flights between Ukraine and Russia will be cancelled at midnight local time. The move announced last month by Kyiv is the latest in a series of tit-for-tat sanctions to be imposed over the conflict in Ukraine.

Financially it will be costly, especially to Russia’s airliners. Some 70,000 passengers a month take these flights. The sanction is in retaliation for Russia’s support of separatists in eastern Ukraine and Moscow’s annexation of Crimea last year.

“Starting tomorrow, the only alternative will be to take an expensive flight via a third country,” journalist Dominic Valitis told CBC News. “Failing that, it would be a 13-hour train journey.”

The two countries were holding talks in Brussels to secure an agreement to avoid the flight ban.

However, Ukrainian Minister of Infrastructure Andriy Pyvovarsky said on Friday those talks had failed and that the flight ban would go ahead.

There is also a news report by CCTV News which the China based news channel has uploaded to their YouTube channel:

While the airlines for sure will lose money, the real victims of these measures are common people who now can’t afford these expensive transit flights via a third country.

As the CBC report outlines, about 70,000 passengers per month used to fly on these direct routes. Some of them are international travelers on business or holiday. If a passenger is booked on these flights they are obviously eligible for a refund if the flight gets cancelled.

Since this is a government imposed sanction I’d be surprised if the airlines were required to accommodate effected passengers to rebook them via a third country. Even if, getting the cash starved carriers in Ukraine and Russia to do this would likely not result in a positive outcome. If refunds are not forthcoming, passengers can dispute the charge with their credit card company.