Yesterday, Bloomberg was reporting that three different Chinese companies were eyeing at purchasing Starwood Hotels that has been on the market since February. 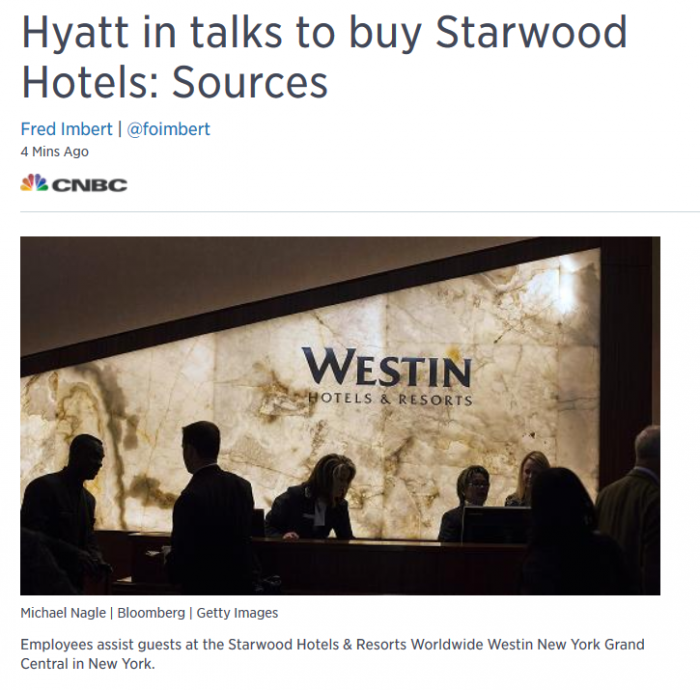 Now, CNBC put up a “Breaking News” that Hyatt (hotel chain third the size of the Starwood) would be in talks to buy up the troubled hotel company and the deal could close within a week or two.

Hyatt Hotels is in talks to buy Starwood Hotels & Resorts in a deal that is said to be as little as a week away, sources told CNBC.

Under the cash and stock agreement, Hyatt management would retail control of the combined companies.

If Hyatt would buy Starwood, the combined entity would have roughly 2,000 properties compared to close to 5,000 each with Hilton, IHG and Marriott. It still would be a distant second “class” player compared to the big three.

Seems that Starwood Hotels has great difficulty selling themselves to any of the bidders that have been mentioned before such as Wyndham and IHG. Interesting to see what will come out if an of the Hyatt rumor.

Reader Question: What Are World Of Hyatt Status Requirements For The Rest Of 2021?