During a trip this week I became aware of a Skytrax Award Banner that has been awarded to the Star Alliance Lounge at Los Angeles LAX Intl Airport (Tom Bradley Terminal). 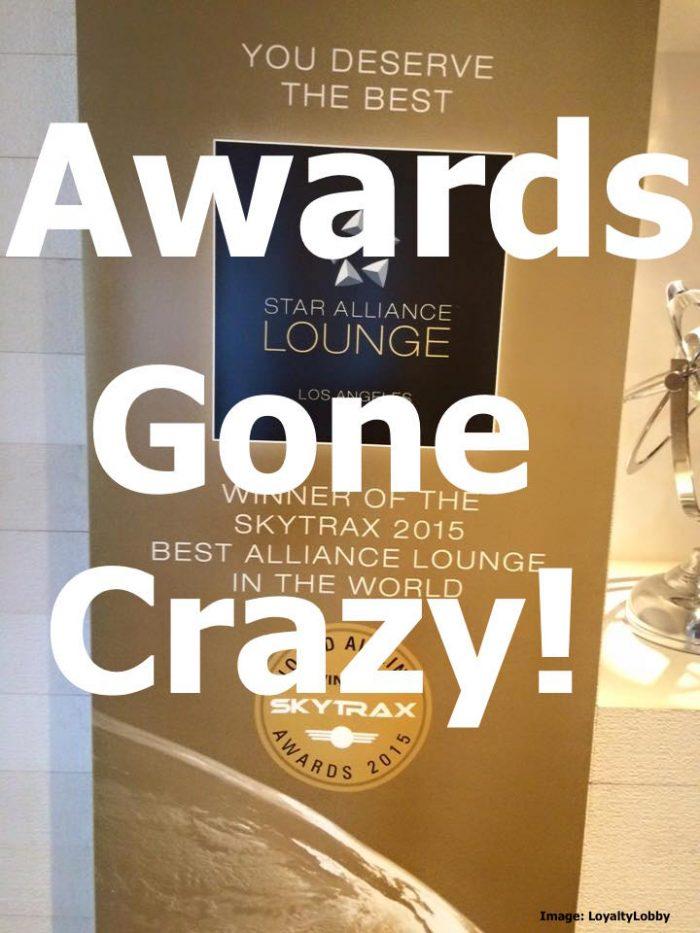 The award was given under the category ‘Best Alliance Lounge In The World’ which appeared very odd to me as it’s such a weird and very narrow definition. Skytrax is an established British Consulting Firm that offers services and market research in the aviation sector (you can access their website here).

Over the years I have personally participated in many surveys Skytrax conducted at airports all over the World, the most recent one being about Tokyo Narita Airport.

For many years now they are giving out awards to Airlines and Airline Products in certain categories which the companies use for advertisement as ‘seal of approval’ and to display product quality.

It appears though that these award categories moved into very narrow and hideous corners so that not many options are available other than giving the award to one specific company or facility.

I really wait for the day when they come up with the award ‘Best South Asian Low Cost Carrier With Red Livery’ because that would be along the tune of some of these current awards which are given out.

One can’t help but asking the question: Is Skytrax really handing out all these awards purely to ramp up their own business?

Without doubt the more awards are given out, the happier they can make potential clients. After all their corporate profile states “Established in 1989, SKYTRAX are specialist Research Advisors to the air transport industry.” so they both advise and rate their existing or potential clients.

What they do is certainly not illegal but it leaves a bit of a bitter taste. If the only Check and Balance is having people vote in a very narrow window of options then I think it speaks for itself that customers should take these numerous Skytrax certifications and awards with a grain of salt.