American Airlines has now made official the changes to the AAdvantage program in 2016 that deal with earning elite status and awards miles, the number of miles you earn on partner airlines, and award chart change that takes effective.

The email that AA just sent out states: “We’re evolving to build a rewarding program for all members while giving our best customers access to our most exclusive benefits”. In reality, this means that the airline is cutting the number of award miles that most fliers earn from flight activity by 50% to 90% and jacking up the award prices on routes that are worth redeeming by 30% to 50% or more.

You can access AA’s web page for these changes here. 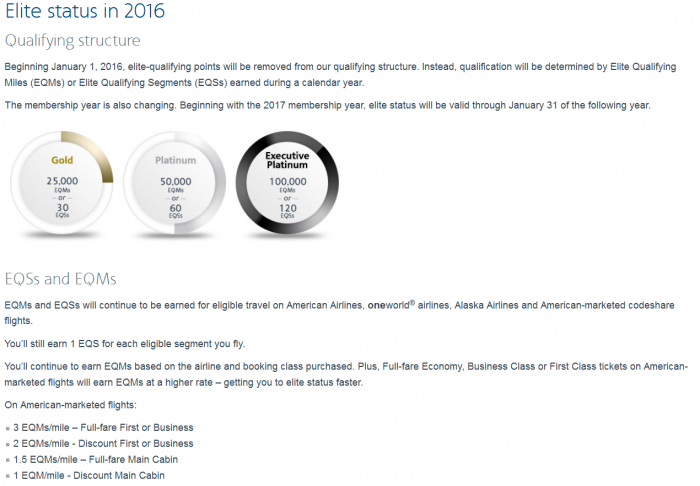 You earn higher Elite Qualifying miles for business and first class fares. You still earn minimum of 1 EQM even for discounted fares.

These will change also and you should consult each airline separately to compare what you earn now and what’s in for 2016. Here are changes for British Airways, Iberia and Finnair: 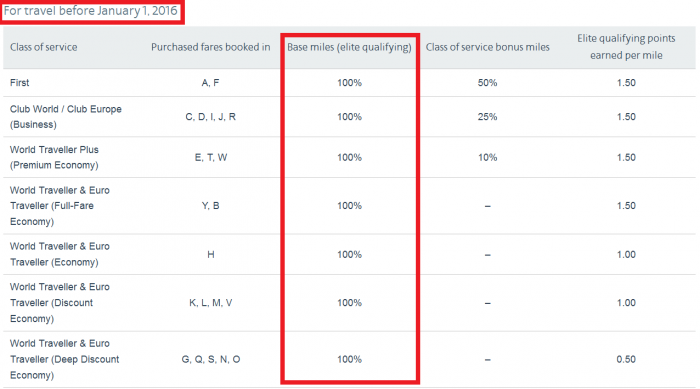 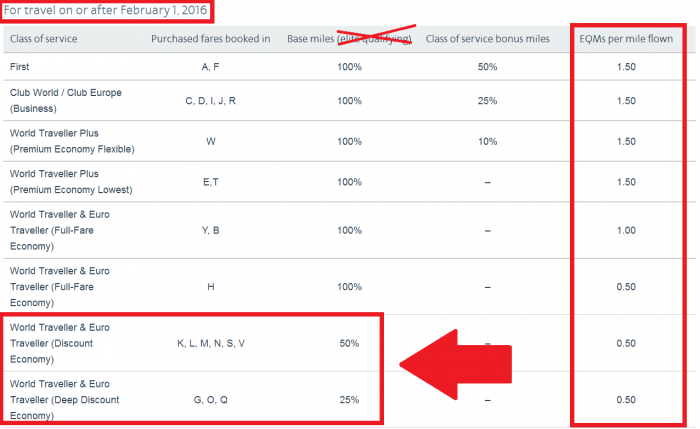 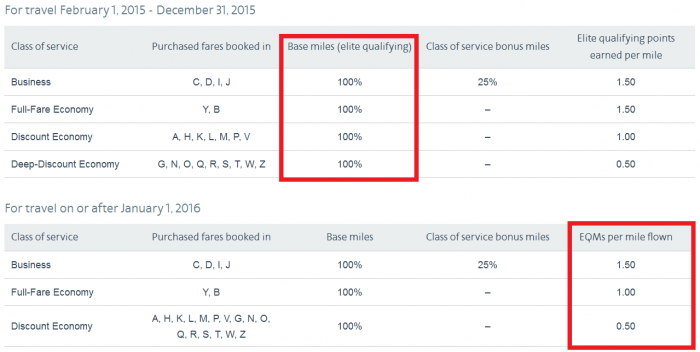 All Finnair economy fare classes have been 100% earning for EQM purposes. Starting January 1 all other fare classes besides Y and B earn only 50%. 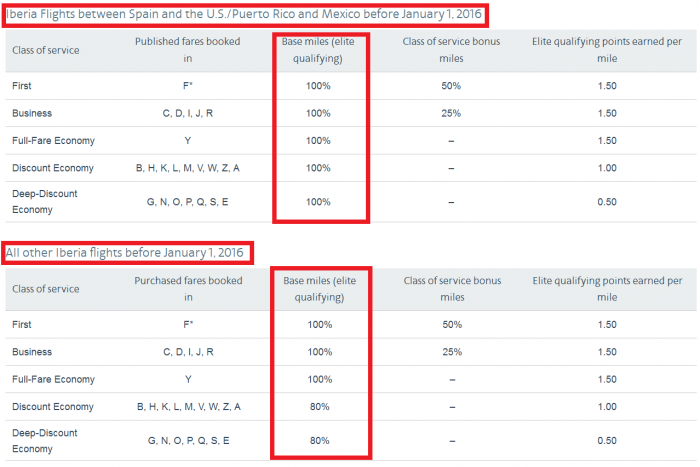 All Iberia transatlantic flights have earned 100% EQMs but that will now change to minimum of 50%. Also, the number of award miles that you earn for discounted fares have been cut from 100% and 80% to 50% – 25%.

No changes here. The status is only valid until January 31st each year and not until the end of February beginning 2017.

The number of Systemwide Upgrades that you earn when qualifying for Executive Platinum statys have been cut by half from eight to just 4.

And American Airlines have changes the worst change to last probably hoping that everyone would have stopped reading by now.

The number of award miles that you earn is decoupled from the flight distance. Those that fly on discounted economy fares can expect their earnings to drop 50% to 90%. Only those that fly on expensive short-haul flights and full fare business/first can expect to earn more miles under this program.

This change will come to effect in the second half of 2016.

It should say here that we are raising the number of award miles required for most popular awards by 30% to 50%. I’ll have a separate post about the award category changes shortly.

American Airlines is making the flying on AA much less rewarding next year. They cut the number of miles earned by 50% to 90% (most fliers) and at the same time requiring 30% to 50% more miles for premium cabin awards.

My advise for most fliers have been to buy purely on the convenience and price. You can buy most of the elite benefits “ala carte” with the US airlines. Also, there are plenty of discounted domestic first class fares and international business class fares have come down a lot due to competition.

I really see no benefit of being loyal to any one airline considering the recent loyalty program changes with the US based airlines.

American Airlines on Wednesday announced that it would invest $200M in Brazilian airlines GOL that represents roughly 5% stake, and...

American Airlines is in the process of reopening their Flagship First Class lounges and part of the modifications the underwent...

Today’s Airfare of the Day goes to British Airways and their business class advance purchase round trip fares between Paris...

Netherlands Allow Vaccinated Visitors From The US & UK From September 22, 2021