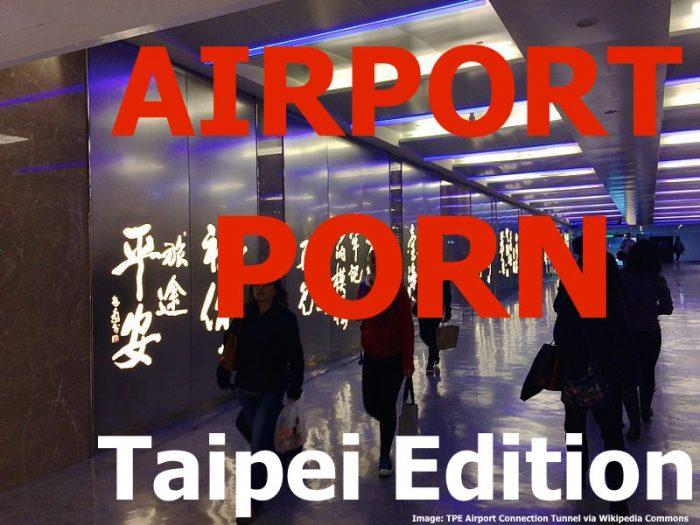 A taiwanese actor who was traveling that day took a brief video of the scene in the airport lounge and uploaded it on Facebook where it quickly made the rounds.

The shocking broadcast of a pornographic video on a television screen in a passenger lounge in Taiwan’s international airport on Monday has made many running the building see red, reported the local media.

Taiwan’s aviation police said yesterday they would uncover the person or group responsible for airing the video at the Taoyuan International Airport, which is near to Taipei, reported the Focus Taiwan news website.

Not sure if such an incident warrants a in depth police investigation. These resources would probably better spent in overhauling the entertainment installations so that incidents like these can be avoided in the future.

According to See Hua Online news portal, the monitor, like the rest in the lounge, is apparently a high-end smart TV, which could receive videos mirrored from smartphones and media streaming dongles like the Google Chromecast. … The airport has since shut down all the televisions in its waiting rooms which are wired with data sharing and external control functions.

The lounge, which usually runs only Hokkien movies, has recently been instructed to play only those that have won the Golden Horse award.

According to Taiwan’s PTT online forum, the airport authorities would not have known about the episode if not for a 36-second video showing the incident which local actor Eric Tu shared on his Facebook page.

Maybe that is the reason why the unknown offender though it would be more entertaining to stream his own material since everybody was bored of these Chinese movies at an international airport. Why not show something international given the different nationalities of passengers at TPE?

I was unable to find said video clip that featured the movie in question.

The airport (or airline since it’s not specified what ‘lounge’ they mean here) should really improve their TV systems and secure it with a password.