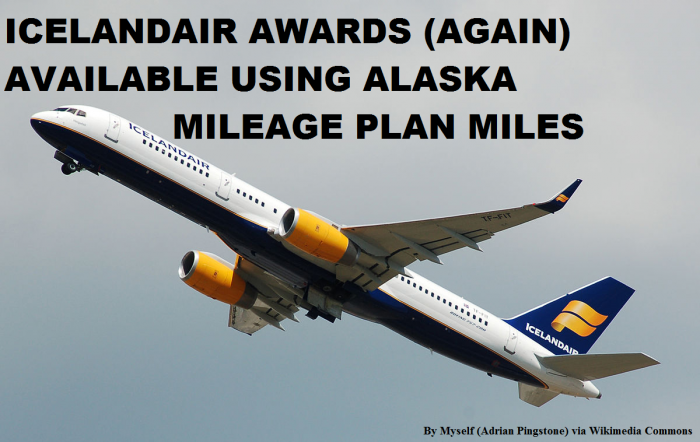 At the time, Alaska just informed that the awards on Icelandair would be available later. That later is now.

You can access Alaska’s web page for partner airlines here.

Note that there are some nasty fuel surcharges on Icelandair flights, although they are from third to a half compared to British Airways.

The fuel surcharges on Icelandair are a lot less compared to British Airways, as this search illustrates.

You have to remember that Icelandair’s business class is more like a North American one compared to transatlantic. Personally, I wouldn’t redeem for it unless my destination is Reykjavik. Let’s hope that these nasty fuel surcharges won’t spread to other partner airlines.

Airfare of the Day [First Class] ALASKA AIRLINES Chicago to Seattle (or v.v.) from $188 OW