A Cathay Pacific flight from Zurich to Hong Kong had to be cancelled after a catering truck collided with the Boeing 777 and punched a few holes in it.

Passengers had to be rebooked onto other airlines to make their way over to Asia while the aircraft remains in Zurich for further repairs.

Cathay Pacific Flight CX382 was supposed to leave ZRH at 11:50am on Friday but due to the collision with the catering truck the repair crews have to do quite some work until the aircraft can be ferried over to Hong Kong.

The Swiss Magazine Blick reported about it (access here) in German after a passengers relative sent them some pictures. 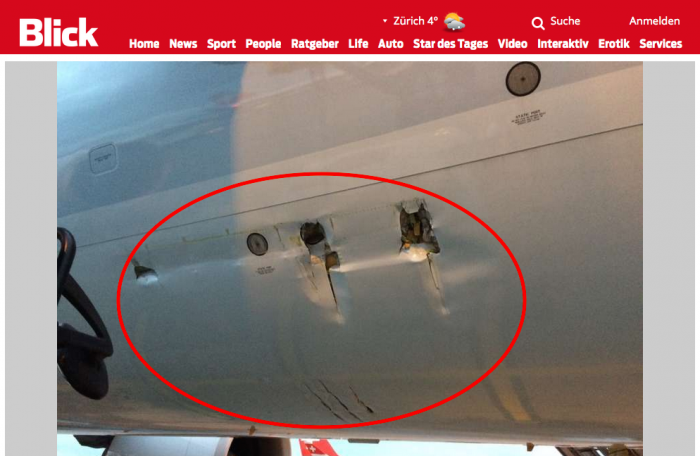 As can be seen from the image above, the truck managed to damage the fuselage in multiple areas. I wonder how the technicians are going to patch this up, assuming the final repair will take place at the Cathay Pacific Maintenance Base in Hong Kong.

This truck driver might not have had a great day after this mishap. Cathay Pacific must have dropped quite some money to rebook the whole plane load onto other carriers.

Depending on what time this damage occurred I hope most were able to be properly rebooked. The magazine article mentions that some passengers were booked on Thai Airways via Bangkok. Swiss also has a few flights leaving around noon time and there is Singapore Airlines as well.