A Chinese passenger who also happens to be a professor at Penn State University caused quite a ruckus on Sunday when he tried to self-upgrade into another class of service, injuring police officers during his removal from the aircraft. 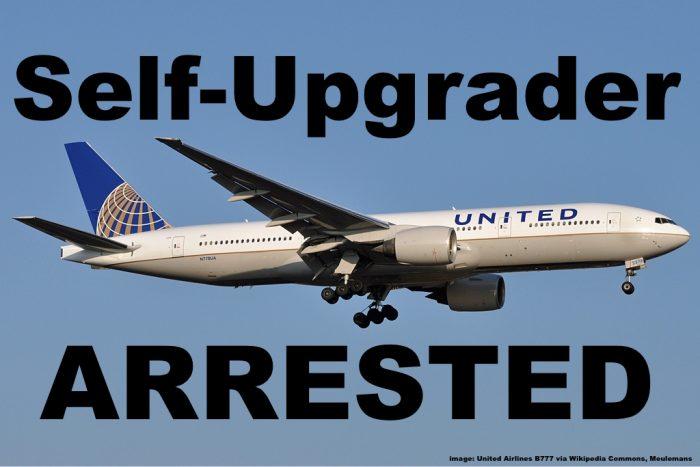 The passengers moved to another class of service other than his assigned seat and refused to return after being told so by the crew, the captain then decided to have him removed.

The removal process itself also didn’t appear to go smoothly as it required three police officers of the Shanghai Airport Police to get the screaming man off his seat (in Economy Plus, no less).

A professor at Pennsylvania State University was detained after the police escorted him off an international flight when he tried to sneak into a better class of seat, state media has reported.

Lu Yong was aboard United Airlines Flight 87 waiting to depart to New York on Sunday afternoon when he tried to “self-upgrade”, according to CCTV.

When flight attendants discovered he was in the wrong seat, they asked him to move but he refused.

During the course of it all, a passenger made a video and uploaded it to Youtube, showcasing the removal of the passenger.

All this for an Economy Plus Seat on United Airlines? He could have simply paid the small surcharge for it. Of course that would require being reasonable – something you would expect from an educator at a notable university.

The captain was alerted and decided to eject Lu from the plane. The airport police arrived to escort him off but he still refused to budge. It took three officers to pry a screaming and kicking Lu out of his seat, and they sustained minor injuries in the process.

He was detained and charged with disrupting public service, which can result in a maximum of three years in jail.

Lu is an associate professor of information sciences and technology at Penn State University. He also held a position at Southwestern University of Finance and Economics in Sichuan province, but it announced on Tuesday he had been fired.

Losing a position over such nonsense and being a complete idiot, just to save 150$ is certainly something he will have ample opportunity to reflect on.

We all heard of various ‘Upgrade Tricks’ that are supposed to work on the ground and on board such as trying to sweet talk the staff. In reality however, free upgrades rarely happen and if so they go to elite status holders without any personal interaction involved prior to that. It simply happens automatically based on a priority list.

What is definitely NO solution is to just find a nice seat and make yourself at home. Especially in First and Business Class this is designed to fail as flight crew have a detailed Passenger Information List to greet passengers individually. I’m really not sure how this works in United’s Economy Plus cabin but obviously the professor wasn’t very successful in his ‘Self Upgrading Experiment’. FAIL!!