The U.S. Department of Transportation (D.O.T) is cracking down on airlines that refuse to assist passengers who encounter their baggage being damaged after checking it in with the carrier. 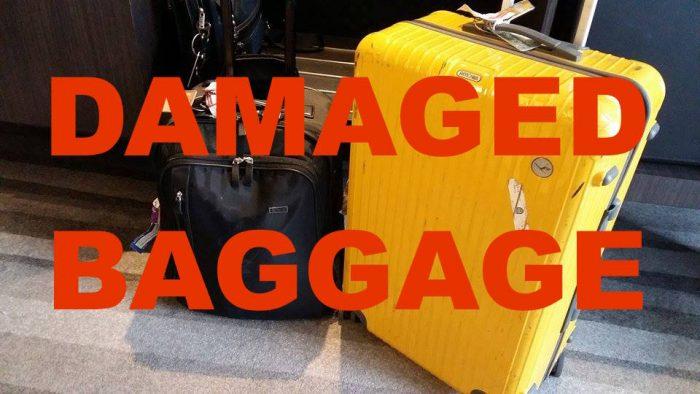 Airlines often state as their customer service policy that they limit their liability and do not compensate for certain damaged such as ripped off handles and broken zippers.

The Department of Transportation stated however that under U.S federal law, airlines are indeed liable for such damages and any refusal to reimburse passengers is a violation of the law.

A notice was issued to several airlines late November (see here) stating that the D.O.T is investigating carriers for violation of the law based on unlawful exclusion of liability.

The U.S. Department of Transportation issued a notice today reminding airlines that they are required to compensate passengers for damage to wheels, straps, zippers, handles, and other protruding parts of checked baggage beyond normal wear and tear.  The notice also reminds airlines of their obligation to accept all reports of mishandled baggage from consumers even if an airline’s agent believes the airline is not liable.  This notice is a result of recent airport inspections which uncovered the fact that certain airlines routinely exclude liability for damage to specific parts of checked baggage.

“These inspections demonstrate the Department’s commitment to protecting consumers when they travel by air,” said U.S. Transportation Secretary Anthony Foxx.  “While we are proud of the progress we’ve made so far, we will continue to strengthen how we monitor and enforce compliance with air travel consumer protection and civil rights rules.”

The Department’s Office of Aviation Enforcement and Proceedings discovered that certain airlines may be refusing to accept reports of such damage when it inspected U.S. and foreign airlines at 16 airports nationwide in a two week period in September 2015.  The notice warns airlines to immediately review and revise their baggage policies to ensure compliance with the law.  The Aviation Enforcement Office intends to take enforcement action against airlines that are not in compliance by January 9, 2016.

This concerns both foreign and U.S. carriers even though I had the experience that the U.S. carriers are often unwilling to compensate for damaged baggage. My worst experience with this was American Airlines a few years ago.

I initially became aware of the whole matter because of a story that popped up in my Yahoo News Feed (see here) amid recent baggage handling scandals in the United States.

On Nov. 25,  the DOT issued a notice to airlines after recent airport inspections “uncovered the fact that certain airlines routinely exclude liability for damage to specific parts of checked baggage.” Under current federal law, carriers are responsible for reimbursing damage incurred to handles, zippers, wheels and other exterior parts of luggage left in their care.

But the investigation found that airline baggage policies of several carriers state they won’t reimburse passengers for any damage incurred –which is a direct violation of the law. In Sept., the federal agency investigated incidents among airlines at 16 different foreign and international airports and found that “certain airlines may be refusing to accept reports of such damage”– meaning that customers who complained were simply turned away.

This doesn’t surprise me as most travelers don’t know their rights and even those that do often don’t have the time and persistence to push for them.

Enforcement action means that if the DOT will find during further trials that airline employees still won’t accept liability and issue a baggage irregularity report there will be fines levied upon the airlines involved.

It’s about time the authorities do something about this practice and I can once again only urge all passengers who encounter such situations to file a consumer complaint with the DOT.

Even though I doubt this leaves a huge impression in the carriers. It’s much cheaper to pay an occasional fine than to universally accept liability and compensate every passenger they would need to. The same method as we mentioned before with claims regarding EU compensation. Passenger rights are not very well known by everyone involved in the process.