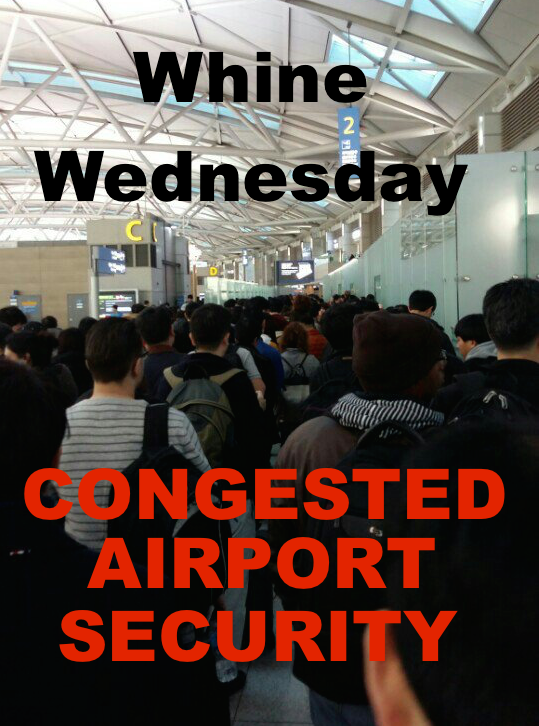 Each and every traveler has at some point of time gotten stuck in one of such lines and more often than not it’s a problem of either airport capacity or mismanagement.

While I think the Incheon Airport is one of the best in the world, their security and immigration lineup in the early morning hours 7-9am is completely out of control. The international departure area is choked with passengers leaving on flights to North America and intra Asia.

South Korea and their two national carriers Korean Air & Asiana have grown a lot in capacity and even their very modern and large airport is lacking the ability to deal with the masses of passengers departing from Incheon in the morning.

The problem is well known to airport authorities. To the point of where there are regular announcements are made that ‘If your flight is more than 3 hours ahead of time you should consider going through security after 10am when lines will subside.’

To take the case of Incheon Airport is just an example. They are usually very efficient but it shows that peak hours can drag down even the most efficient operations. If you then have an airport such as Frankfurt where more often than not, some security lines are not occupied by staff or they work inefficiently… the result is a disaster of a departure experience. Don’t forget that you are paying a security and airport facility charge with your ticket!

I’m someone who goes to the airport early if I can manage it, just to avoid situations where a line like this let’s me miss my flight or running late for it.

The same goes for countries where during a transfer or transit you have to go through immigration. In the U.S. I always plan a generous connection time since everything is possible, from no wait at all to two hours.