A LoyaltyLobby reader sent me a question an issue he was having with British Airways flight cancellation and getting rebooked by Expedia. 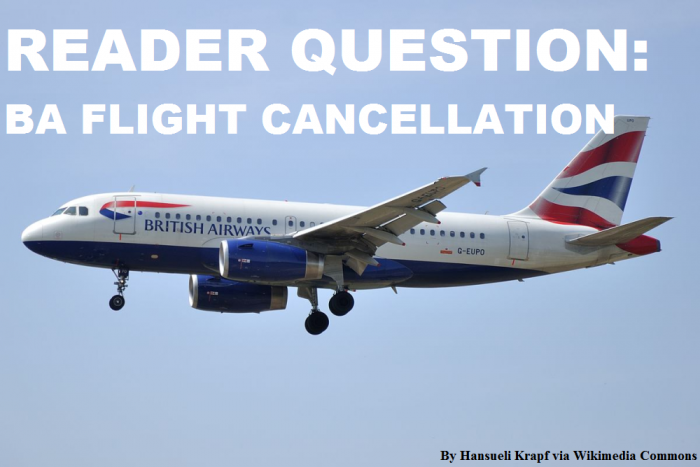 A few months a go a I booked a British Airways flight from Salzburg to London for Sunday May 1st.

I received an email today both from expedia and BA informing me of a major schedule change. They have cancelled the Sunday flight and rebooked me and my partner the following day. This is not suitable due to business commitments. I phoned BA who discussed alternatives with me and suggested rerouting me with Air Berlin Via DUS and then onwards with BA. They went onto say that since I had (probably should shay HAND’T) made the reservation with BA they cant touch the reservation and I need to ask Expedia to issue the new ticket.

I spoke with expedia who said they cant do this and I need to accept the flight a day later or take a refund. They phoned their trade support line who would not authorise the rebooking. I then went back to BA who don’t understand the problem, stating that expedia can rebook me and they just need to contact the trade support centre for authorisation which expedia are doing but the authorisation is being declined.

BA are telling me one thing while telling expedia another.

I guess what I have learned from this experience is NEVER AGAIN to make a flight booking through a 4rd party operator, but what are my rights in this situation.

What would you do John?

There is nothing here that would prevent British Airways taking over an agency issued ticket and fixing the flights beyond being unflexible.

They could also alter the PNR to include the alternate flights with notes and you could then call Expedia to have them reissue it.

Although I use Expedia a lot for my flight bookings, the customer service received in case of flight cancellations/delays/changes is just plain terrible. It can take an hour over the phone (with their support desk in India of course) that would take max minute or two with competent agent.

Here’s what you could do:

It is unclear where you actually live. Most of the countries have consumer ombudsman service. You could file a case against both British Airways and Expedia. As the flight is still more than four months away, they probably should have enough time to fix your tickets.

Alternatively, you can always just book the Salzburg – Dusseldorf – London ticket by yourself on Expedia. Seems to go for bit more than $150 on Expedia right now and have them refund the previous one.