Turkish Airlines has launched a Miles&Smiles 25% off award promotion for travel to more than 107 destination. 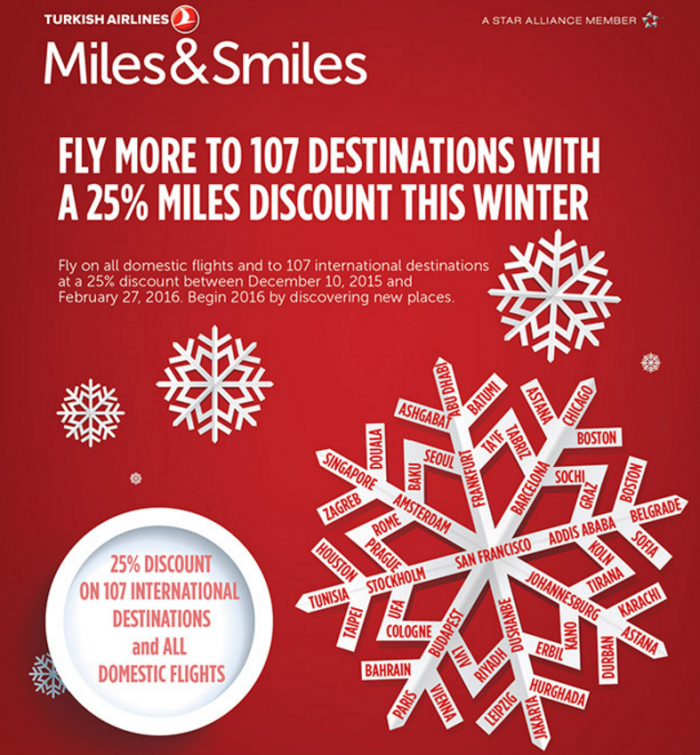 The offer is valid for travel that is ticketed and flown between December 10 – February 27, 2016.

Note that you can have both open jaw and stopover in round trips awards.

Here are the eligible destinations: 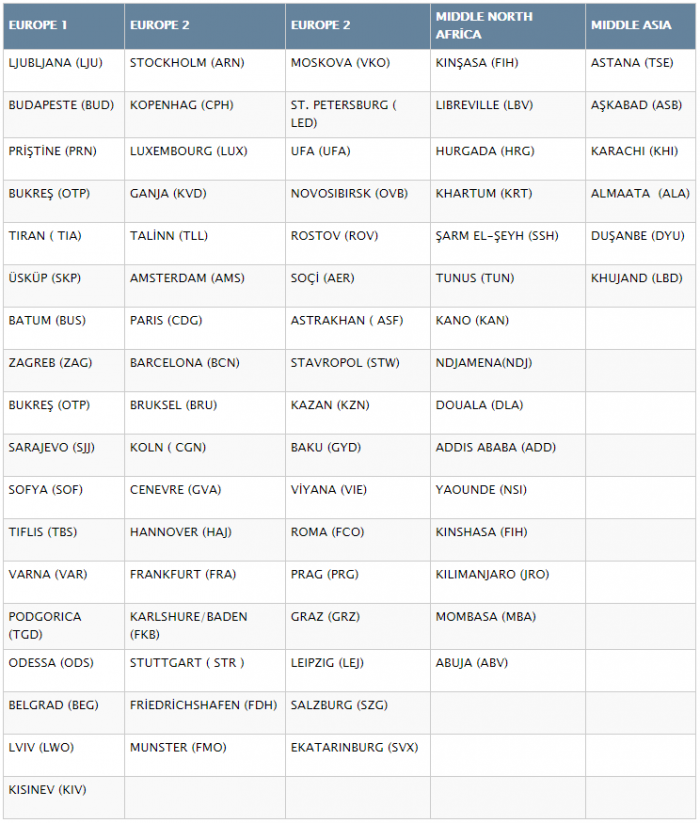 Could be the right time to burn some Miles&Smiles miles if the eligible destinations are something that would work for you. It would be better if Turkish would give better advance notice about these award sales.

Airfare of the Day [Business Class] TURKISH AIRLINES Singapore to Athens from $1,406

Airfare of the Day [Business Class] TURKISH AIRLINES Amsterdam to Singapore from 1,370€