American Airlines flight AA109 from London Heathrow to Los Angeles that was flying over Iceland returned to London after crew member had fainted and other six had become ill. Some passengers were not feeling well either. 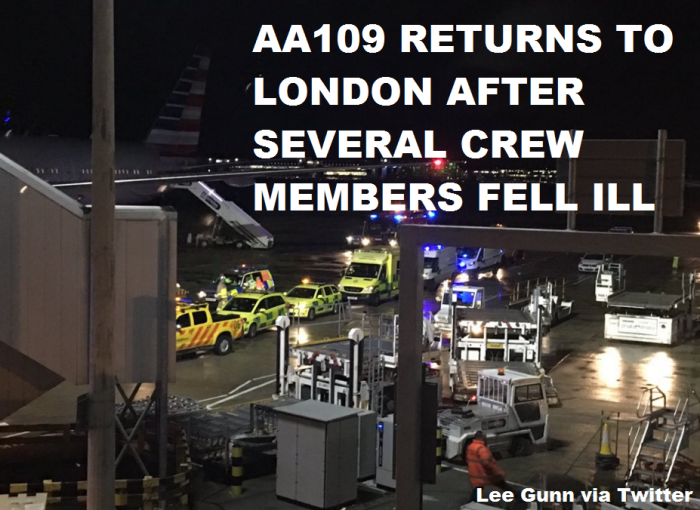 The situation must not have been dire, however, because captain decided to return to London Heathrow instead of landing at Iceland’s Keflavik airport that would have been the closest major diverting point.

The information about this incident is scarce.

This is really weird situation. The cockpit crew made a decision to return to London Heathrow instead of diverting the flight to Keflavik when seven cabin crew members were at least partially ncapacitated.

Let’s hope that they soon find out what happened, so that similar situation can be avoided in the future. It would have been very unfortunate had the cockpit crew fainted instead