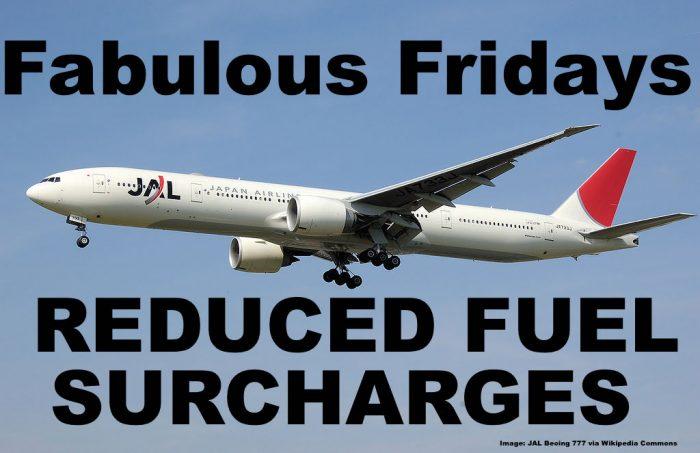 In fact some airlines have been reacting to the market situation since last year already but now with the oil price in the basement it’s becoming very hard to justify a ‘fuel surcharge’ which surged post 9/11 when oil was trading high. The airlines argued back then that the high oil price was an unforeseen event and without levying an extra charge they could not cover their operational costs.

Most Governments worldwide bought into this sham and the surcharges remain until today. The most expensive and notorious are Lufthansa, British Airways, Virgin Atlantic and Qantas just to name (and shame) some of them.

Bloomberg Business reported (access here) that the Japanese carriers ANA & Japan Airlines are set to eliminate fuel surcharges altogether when a certain threshold has been reached.

Japan Airlines, which also removed fuel surcharges from outside Japan in December, is reviewing the fees, Yusuke Yabumoto, a spokesman for the carrier, said by telephone in Tokyo. …

If Japanese airlines do remove surcharges, they would merely be catching up with some of their counterparts elsewhere. South Korean airlines haven’t levied fuel surcharges on overseas flights since last September, under a government-set formula that’s adjusted every month to reflect international crude prices.

You can find an interesting summary of how ANA plans their Fuel Surcharge policy here.

Some governments have officially banned or limited fuel surcharges on all tickets originating in their country by law. This includes Brazil, Philippines (both completely forbidden) as well as Hong Kong and Japan (limited).

Some Airlines such as Lufthansa have reacted to such moves and don’t call these scam charges Fuel Surcharge anymore but have been coming up with names like ‘International Flight Surcharge’ to circumvent the laws and gauge the customer.

It’s about time something is happening with this scam that has been going on for way too long. Of course the airlines have been projecting the profits out of these surcharges for which they don’t really incur any costs into their balance sheets. To now go around and eliminate or drastically cut this extra income would mean a huge loss.

When you redeem a mileage ticket on Lufthansa Miles and More from Europe to the U.S. in First Class you will pay almost 600 EUR roundtrip in charges and fees. A good 70% of this is due to ‘invented’ charges that are not redirected to authorities, airports and facilities.

The commodities go up and down in value and just because oil is cheap now doesn’t mean it has to remain that way (for sure it will go up again). But the airlines have to be forced to stop charging passengers fees for something they don’t incur costs of.