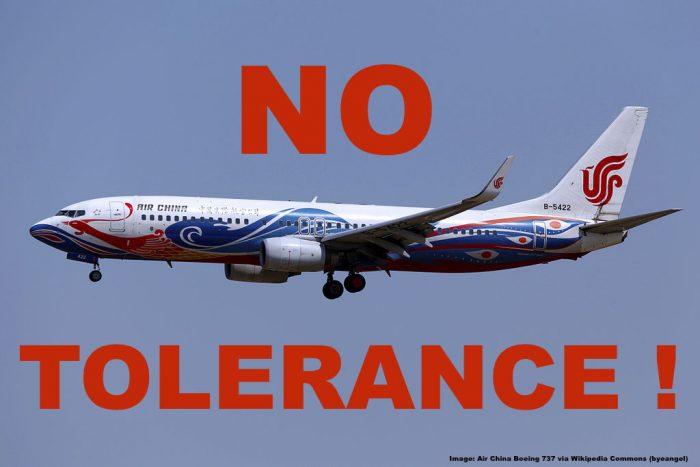 This problem is not limited to Chinese airlines but they obviously have the lion share of them. Henceforth the decision to bundle the individual blacklists of the five airlines Air China, China Eastern, China Southern, Hainan Airlines and Spring Air.

BBC (access here) reported about how this will come together and what the collective position of the airlines is.

Air China, China Eastern, China Southern, Hainan Airlines and Spring Air said they would share details of unruly passengers and ban them. China is forecast to become the world’s biggest passenger market by 2034.

But long delays have accompanied growth, prompting some passengers to take matters into their own hands.

“We have come up with our own list already. It includes those who beat up our staff, refuse to get on the plane or block the exit,” said Zhang Wuan, Spring Air’s marketing chief.

Such incidents have long made headlines in China and the region.

Some of these incidents were so grotesque that they made it into foreign media or took place on foreign airlines/airports altogether.

Last year, authorities in Thailand detained about 30 Chinese tourists who vented their frustration after their flight was delayed for more than 10 hours by singing the Chinese national anthem and refusing to board the aircraft. …

In the first five months of last year, they dealt with 12 incidents in which Chinese passengers had tried to open emergency exit doors while their aircraft was on the tarmac. …

Members of the airline group IATA have called on governments to adopt the Montreal Protocol 2014, which would allow companies to seek compensation for costs incurred as a result of rowdy behaviour.

LoyaltyLobby reported about the incident with the passengers singing the national anthem (see here). Some of these people act like they just emerged from the middle ages and in fact it’s the first time for many of them to ever set foot on an airplane.

Even though I have seen horrible behavior in China itself as far as treatment of service staff goes but during travel people seem to exhibit their most unreasonable side.

It’s long overdue that China is cracking down on uncivilized behavior displayed by their citizens.