An American Airlines cockpit crew had a bit of shock when they approached Miami International Airport last week and spotted a drone flying nearby. 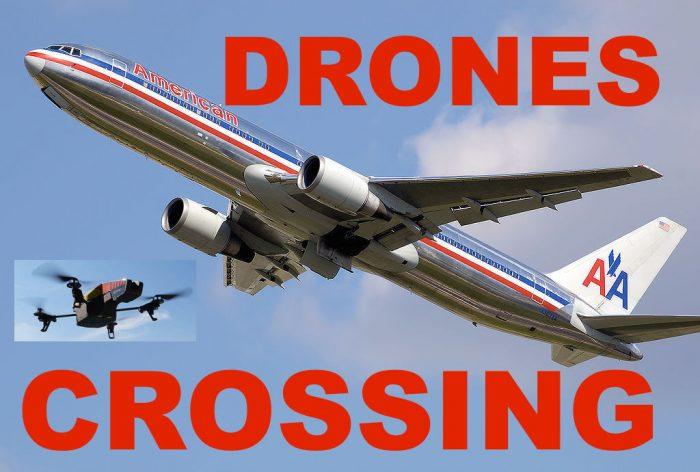 Apparently some people have no common sense and think any place is good enough to send up their toys and buzz around.

I get it, if you’re an aviation enthusiast or a ‘plane spotter’ it might be very tempting to get an aerial view of the airport area and watch the planes land or take off. That doesn’t change the fact though that it’s illegal to operate the drone in that airspace because it’s an actual safety hazard.

We had an article last year in August here on LoyaltyLobby (see here) where we talked about people flying their drones without being able to handle them properly and safely.

The latest incident happened at Miami Airport last week where an American Airlines crew spotted a drone during approach. NBC reported about it (access here).

American Airlines Flight 1317 had departed O’Hare International Airport in Chicago and was one to two miles from the end of the runway at MIA when the crew saw an unmanned aircraft just after 11 a.m., FAA officials said.

The Boeing 737 aircraft didn’t take evasive action and landed without incident. The FAA notified Miami-Dade Police and the incident is under investigation.

One to two miles sounds a lot but it isn’t really when you’re sitting in an aircraft. I don’t want to be in the guys position if they get found out for playing around in that area.
Conclusion
If you own a drone and like to take it out better think twice about the area where you operate them at. Last year two guys took their drone out while I was at the little Santa Monica Airport in California and it didn’t take 5 minutes for the cops to show up. Fly responsible!
Previous Post