One might say what is the point of this since you can get Global Entry but there are a few arguments for this application.

For one, not everyone travels as frequently that the effort of enrolling into Global Entry would be worth the time and money involved. You pay 100$, it takes time to fill out the application and then you need to schedule an interview at a CBP office. This app you just install and you’re ready to go.

You can access the software through the Apple Store for iphone or the Google Play Store for Android. 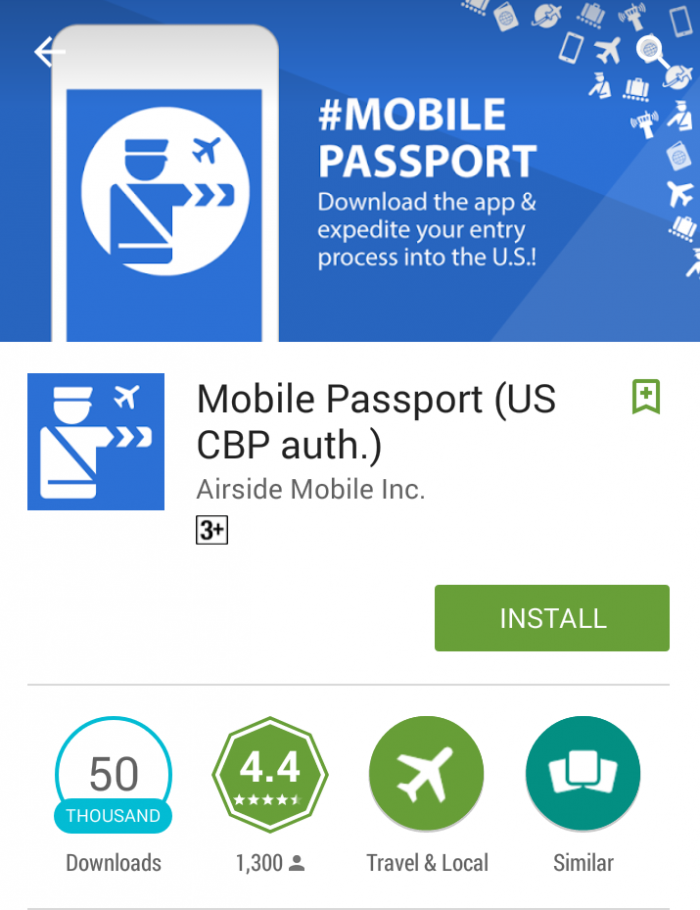 One thing to consider though is that this option is only available for U.S. and Canadian citizens not including Permanent Residents. With Global Entry the eligibility circle is much larger and you get the TSA PreCheck option as side benefit.

Travelers will be prompted to create a profile via the app with their passport information. The profile includes the traveler’s name, gender, date of birth, and country of citizenship. Upon landing in the United States, travelers will complete the “New Trip” section by selecting their arrival airport and airline, taking a self-photo, and answering a series of custom declaration questions. Once the traveler submits their customs declaration form through the app, the traveler will receive an electronic receipt with an Encrypted Quick Response (QR) code. This receipt will expire four hours after being issued. Travelers then bring their passport and mobile device with their digital bar-coded receipt to a CBP officer to finalize their inspection for entry into the United States.

There is a list of FAQ that you can access here in case you have further questions related to MPC.

These programs and initiatives have sped up the immigration process significantly. The 100$ I invested for global entry were well worth it but as mentioned above if you or family members use one of the four airports currently participating in the Mobile Passport Control it might be well worth the effort to install the app. Keep in mind it requires a mobile data connection after arrival and active input which might exclude a certain demographic that isn’t very tech savvy.